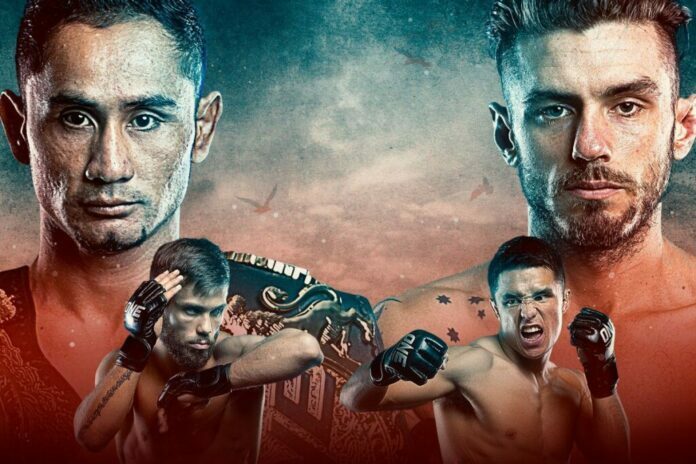 ONE Championship made their return to Singapore with ONE: Reign of Dynasties on Friday, October 9. The six-bout event was led by the ONE Strawweight Muay Thai World Championship and featured five mixed martial arts affairs on the undercard.

🔥 WHAT A FINISH 🔥
Sam-A 🇹🇭 knocks out Josh Tonna in the second round to retain the ONE Strawweight Muay Thai World Title! #ReignOfDynasties #WeAreONE #ONEChampionship pic.twitter.com/NnsN646la0

The Aussie tried to find the mark for his offense, but once against the defense of Sam-A was stellar. Offensively, the Thai was accurate and quick. The stinging strikes came from every angle, and in the second round, they got the job done.

After the first knockdown, Sam-A turned up the heat and got the final two for a second-round TKO.

ONE: Reign of Dynasties Recap

Toivonen had been on a roll, but he was outmatched against stiffer competition against the #5-ranked flyweight. McLaren’s improved striking stunned Toivonen, and with a well-placed knee up the center, he was able to leave Toivonen turtled up on the canvas for a first-round knockout.

In an emotional lightweight battle, Amir Khan got the first-round knockout he wanted for his ailing father. In one of the last times he will be able to compete for his dad, who is battling cancer, Khan put Rahul “The Kerala Krusher” Raju out in the waning seconds of the first round.

How to watch ONE: REIGN OF DYNASTIES on 9 October 👉 https://t.co/5DM80jx6uq pic.twitter.com/7W3WaYS6SD

Indonesian Eko Roni Saputra had a first-round finish of his own in Singapore when he used a modified Americana to get the tap from Murugan “Wolverine” Silvarajoo. The innovative submission allowed him to secure a memorable win and put him on a three-bout win streak.

How to watch ONE: REIGN OF DYNASTIES on 9 October 👉 https://t.co/5DM80jx6uq pic.twitter.com/FLMXrjqVsU

Hexigetu “Wolf of the Grasslands” edged out Dejdamrong Sor Amnuaysirichoke by split decision in their strawweight contest.

In the opening bout of the evening, Roshan Mainam secured a rear-naked choke in the second round to upset China’s Liu Peng Shuai.

ONE: Reign of Dynasties Full Results

Sam-A Gaiyanghadao def. Josh Tonna by TKO at 2:30 of the second round

Reece McLaren def. Aleksi Toivonen by KO at 4:18 of the first round

Amir Khan def. Rahul Raju by KO at 4:47 of the first round

Eko Roni Saputra def. Murugan Silvarajoo via submission (shoulder lock) at 2:29 of the first round

Roshan Mainam def. Liu Peng Shuai via submission (rear-naked choke) at 2:27 of the second round