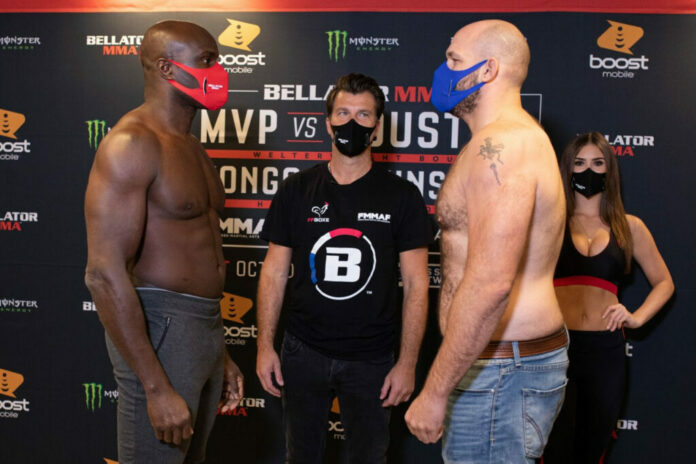 France will see its first MMA from a major organization today, as Bellator touches down in Paris for two cards: Bellator 248 and Bellator Euro Series 10. Bellator Euro Series 10 follows Bellator 248, featuring a short two-fight main card. The main event features a heavyweight rematch between Frenchman Cheick Kongo, coming off of a title fight against Ryan Bader, and surging Timothy Johnson, who is coming off back-to-back knockouts. The co-main event and only other main card fight is a lightweight showdown between “The Hangman” Saul Rogers and “Alpha Wolf” Arbi Mezhidov, each going in sporting 13-3 records.

Stay on MMA Sucka for live Bellator Euro Series 10 results, with the prelims starting at 2:00pm EST and the main card following at 5:00pm EST, both on YouTube.