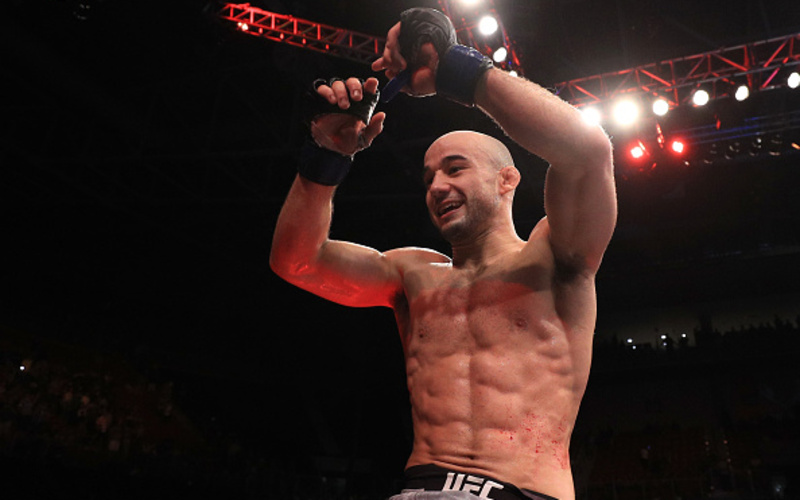 This weekend’s UFC card is headlined by a bantamweight scrap between Marlon Moraes and Cory Sandhagen. Upon assessment, there are two underdogs on the main card that carry fantastic value on Yas Island. That being said, here are some UFC on ESPN+ 37 betting tips to help you win big this weekend.

Marlon Moraes is one of the most dangerous men on the UFC roster. Period. Except for ex-double champ Henry Cejudo, nearly every man who has faced the Brazillian has joined his phenomenal highlight reel. This includes Aljamain Sterling, who is tipped to be the next title challenger to Petr Yan.

Moraes is very explosive and can finish a fight in the blink of an eye. However, against both Cejudo and Jose Aldo he has shown some fairly obvious cardio issues. Cory Sandhagen is another excellent striker who draws similarities with the great Dominick Cruz. Sandhagen’s awkward style and high striking output that makes him difficult to read and therefore difficult to hit. Sandhagen will fancy himself to have the superior cardio to Moraes and will likely seek to drag his opponent into deep waters in the later rounds.

However, it is objectively incredible that Moraes is the betting underdog in the main event. “Magic” has only been stopped once in his UFC career, and in that bout, he looked close to finishing one of the greatest fighters of all time in Cejudo. Sandhagen is a great fighter, but Moraes should fancy himself to land a killer blow at some point in the fight. If Moraes is able to appropriately pace himself, he should throw himself back into title contention with a win over the Coloradan.

Makwan Amirkhani faces Edson Barboza in the co-main event of the evening. Although Barboza is a considerable skill level above Amirkhani’s previous opponents, the former light-weight has looked a diminished fighter in his last few appearances.

Let’s not beat around the bush. On his day, Edson Barboza is a killer. Proud holder of potentially the most iconic knockout in UFC history with his spinning wheel kick against Terry Etim, Barboza can never be counted out. Viscous leg kicks that chop away at his opponent combined with spectacular head kicks have helped Barboza build the reputation as one of the most fearsome strikers in the organisations’ history.

That being said, he has lost five of his last six bouts and is currently on a three-fight skid. Considering this, there could be no better time for Amirkhani to capitalise on his poor form. Amirkhani is a solid wrestler with incredibly slick submissions. Amirkhani will hope that a tough weight cut could allow him to apply the same manhandling upon Barboza that Kevin Lee and Khabib Nurmagomedov inflicted in consecutive contests. Amirkani needs to apply intense pressure to Barboza, creating frantic exchanges in the pocket whilst utilising unorthodox strikes such as flying knees. As such a heavy underdog Amirkhani could certainly give bettors a reason to smile about this weekend and therefore rounds off these UFC on ESPN+ 37 betting tips.