Corey Anderson Will be Great in Bellator 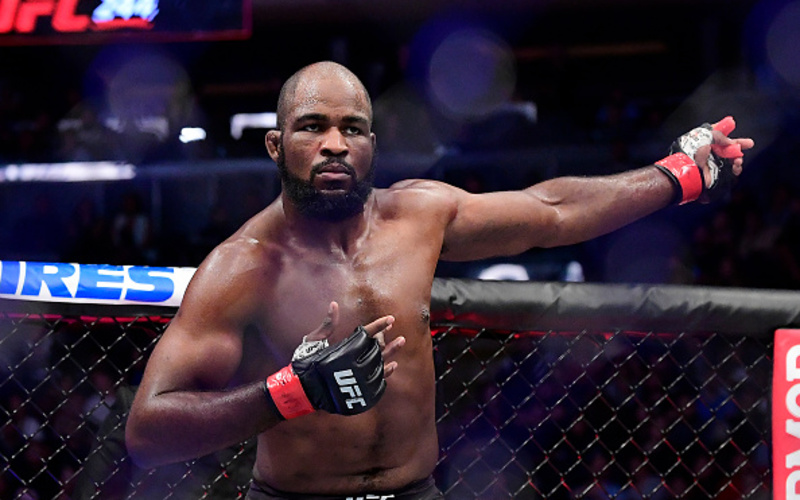 Corey Anderson will be Bellator’s light heavyweight champion. I know, a bold prediction; however, I do not make such claims without a conscious backing.

The recently released UFC star has turned a chapter in his MMA career after signing to Bellator MMA on a multi-fight contract. “Overtime”, who departed from Dana White’s dojo (hey, that’s kind of catchy…maybe I should trademark it) on his own terms, is slated to face Bellator vet, Melvin Manhoef, at Bellator 251.

With his strong ground game and serious striking power, the Illinois native is dangerous everywhere. Anderson (13-5 MMA) has squared off with some of the best 205ers in the world. He holds wins over notable light-heavyweights Patrick Cummins, Glover Texiera, and Johnny Walker. He even holds a victory over the UFC’s current light-heavyweight king, Jan Blachowicz.

Corey Anderson has something to prove.

He walked away from the UFC.

A very small percentage of fighters could ever say that they walked away from the UFC without controversy or retirement. Anderson is on his own road now and as he blazes forward, he will look to solidify himself as a serious contender in Bellator’s light-heavyweight division.

To do that, he must defeat Melvin Manhoef.

This will be no easy task. Manhoef (32-14-1 MMA) is a beast of a man. With twenty-nine victories by knockout (90.6% finish rate), Manhoef knows how to stop opponents. He’s stood with the best of the best, as he has squared off with the likes of Robbie Lawler, Tim Kennedy, Mark Hunt, and Gegard Mousasi. As a former middleweight title challenger, Manhoef is no stranger to the ‘big fight hype’ either.

This will be a tough back and forth fight. However, Anderson’s grappling skills and the seemingly endless gas tank will give him the edge he needs to win.

Not to look past the fight with Manhoef, but the light-heavyweight division is full of big names. A fight with Phil Davis, Alessio Sakara, or Liam McGeary would propel him into the title picture. Anderson didn’t leave the UFC to lackadaisically sit in Scott Coker’s office. He left to get the spotlight, win titles, and get paid. On November 5, he’ll get that spotlight in the main event of Bellator 251.

The event will take place at the Mohegan Sun Arena in Uncasville, Connecticut, and will air live on CBS Sports Network.