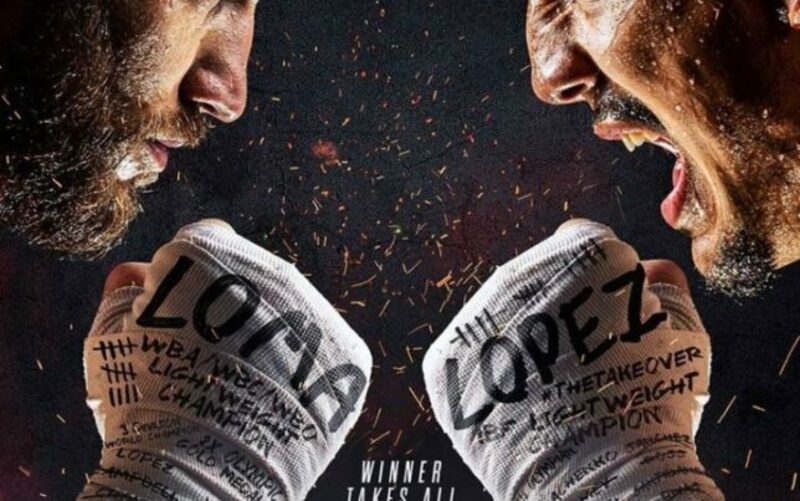 The biggest boxing match since Tyson Fury vs. Deontay Wilder goes down this weekend, live from the MGM Grand when Vasyl Lomachenko faces Teofimo Lopez. Without a doubt the most highly anticipated fight in months in the world of boxing, expect all eyes to be on this one.

Ring Magazine‘s #2 P4P man needs no introduction. ‘The Matrix’, Vasyl Lomachenko is an impressive 14-1, with his only loss coming early in his professional career back in 2014. The two-time Olympic gold medalist and holding an amateur record of 396-1 there is no denying Lomachenko’s skill. With names on his record including Gary Russell Jr., Guillermo Rigondeaux, Jorge Linares, Anthony Crolla and most recently, Luke Campbell, it shows just how good Lomachenko really is.

The Ukrainian dance background of Lomachenko is what makes him so special. His style is boxing 101, hit and don’t get hit. The strikes that the Ukrainian gold medalist receives are certainly minimal. Campbell landed just 9% across 12 rounds when they fought.

Possibly the greatest boxer of our generation, the Ukrainian Lomachenko puts three of his belts on the line when he takes on Teofimo Lopez.

Teofimo Lopez holds a record of 15-0, with 12 of those wins coming via knockout. Most important of these wins came in his most recent bout against Richard Commey. This was certainly his coming out party. The hardcore fans knew of him, but in his IBF title bout Lopez announced himself to the world. Knocking the experienced Ghanaian out in the second round, Lopez put the lightweight division on notice.

The 23-year-old Lopez’s days at lightweight are certainly numbered, however. He’s big for the weight and is only getting bigger. It is assumed that this might be his last bout down at 132lbs and that he’ll move up to super lightweight. There is no doubt that Lopez believes his own hype. He’s confident, hard-hitting and brash, with every reason to be.

All the Belts… Almost

When Lomachenko and Lopez lock horns, it’ll be for the IBF, WBA (super), WBO and The Ring lightweight titles. It’s important to remember, however, that whoever wins won’t be the undisputed lightweight champion.

A certain, Devin Haney holds the prestigious WBC belt. Despite this, we know that Haney isn’t really the WBC champion. Lomachenko was promoted to ‘Franchise WBC champion’ and Haney was given the WBC belt, despite never winning it. You’ve got to beat the man to be the man, as the saying goes.

The undefeated Haney sits at 24-0 with 15 knockouts. The winner of Lomachenko/Lopez could very well see themselves matched with Haney. ‘The Dream’ hasn’t been in action since November of last year where he suffered a shoulder injury. He’s scheduled to fight 38-year-old Yuriorkis Gamboa. This is very much seen as a fight to get Haney back in the ring and he’s expected to ease to victory.

Ryan Garcia is also a contender at lightweight. The undefeated 22-year-old holds a 20-0 record and can cause difficulties for anyone at lightweight with his speed. He’s far off Lomachenko or Lopez at the moment and comes up with his toughest test yet in his next fight. Garcia faces Campbell in a WBC interim title bout.

It’s worth remembering that Gervonta Davis could also make a lightweight return. We know all too well that he’s big for the weight and struggles to get down to the lightweight limit. His next bout is against Leo Santa Cruz at super featherweight so who knows whether he will come back down, only time will tell.

What we do know, Lomachenko vs. Lopez is the biggest fight in the lightweight division and it is certainly an exciting prospect.