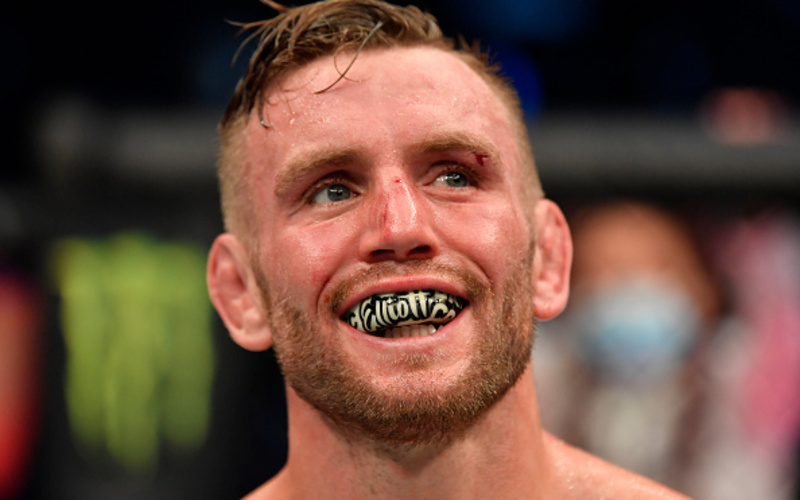 It was announced today that Tim Elliott will be fighting Jordan Espinosa at a UFC event on January 16th. The location of the event is still to be determined. The fight will be in the UFC’s flyweight division.

Elliott last fought on July 16th where he picked up a decision win over Ryan Benoit. He only has one of his eleven losses via TKO. While he has been able to finish nine of his sixteen wins. Although we have been in a pandemic for the last eight months, that hasn’t slowed Elliott down in the slightest. Elliott has already fought three times in 2020, with two of them being after the UFC made their return to action. This is Elliott’s second stint in the UFC. He went 2-3 in his first stint and is currently 3-5 since returning.

Espinosa’s last fight was on September 19th as he lost a decision to David Dvořák. He is 2-3 in the UFC with wins over Mark De La Rosa and Eric Shelton. Espinosa has never been knocked out and has seven out of his 15 wins by submission. Espinosa was on the contender series twice finishing both of his opponents and finally winning his contract on his second attempt.

Tim Elliott versus Jordan Espinosa is a great stylistic matchup. Both men have solid striking and very dangerous ground games. Both men will come into the fight at 5’7″ although Espinosa will hold a slight two-inch reach advantage. Elliott also wrestled in college at a division two school, the University of Central Oklahoma. Both men are also in a very similar position in the company. Both of their records are on the wrong side of .500 in the UFC. With the only difference being that Elliott is coming off a win and Espinosa will be coming off a loss.