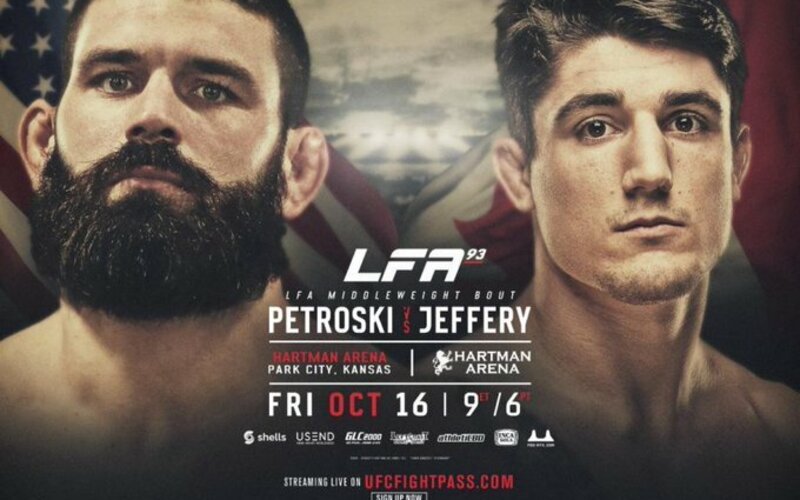 Tonight LFA is back at it and we’ll have the LFA 93 results live as they happen. The main event features a middleweight clash between Andre Petroski and Aaron Jeffrey. Jeffrey boasts an 8-2 record and will be looking to get into the title picture with a win over the undefeated Petroski (5-0).

Aaron Jeffrey was defeated on the Dana White Contender Series by Brandon Allen and finds himself making his debut in the main event of LFA. It’s a very big fight for his career and future.

Andre Petroski (5-0) has spent his pro career in the Art of War promotion and will be making his LFA debut tonight. He’s won all five of his fights via stoppage and can knock you out or submit you. It should be a very entertaining fight.

In the co-main event, Danielle Hindley and Sam Hughes will compete at 120 pounds. Both fighters have respectable 4-1 records and the winner here will separate themselves in the LFA rankings.

LFA is an entertaining promotion so you won’t want to miss the live results.

Sam Hughes def. Danielle Hindley via Sub (Guillotine Choke) at 5:00 of Round 1

Joshua Fremd def. Antonio Jones via Knockout (Punches) at 3:18 of Round 1

Joshua DaSilveira def. Fernando Alvarado via Sub (Arm Triangle) at 3:35 of Round 3

Christian Rodriguez def. John Pham via Sub (Rear Naked Choke) at 1:47 of Round 2