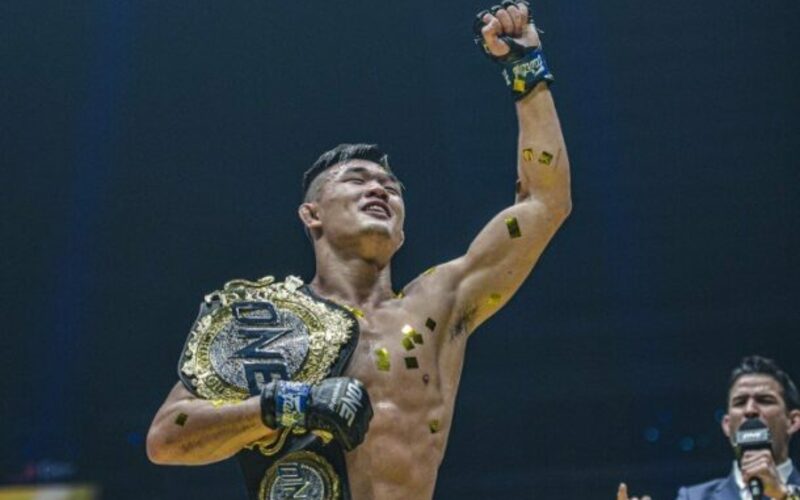 ONE Lightweight World Champion Christian Lee will have his first title defense in the co-main event of ONE: Inside The Matrix on Friday, October 30.

And the matchup against #1-ranked lightweight contender Iuri Lapicus should be electric.

Now Lee gets a chance to officially begin his reign against a rising star who could usher in the next wave of European greatness in mixed martial arts.

Christian Lee puts title on the line at ONE: Inside the Matrix

Lapicus is off to an incredible and unheralded, 14-0 start to his career. A career that has seen him finish each of his opponents. His career has been the very definition of perfection thus far, but Lee will test him more than ever before.

The Italy-based Moldovan’s background is in grappling, but he has sharpened his striking at Team Petrosyan. Lapicus’ development into a complete mixed martial artist was on display in a quick 67-second victory over former ONE Featherweight World Champion Marat “Cobra” Gafurov.

The matchup of these two incredible finishers could easily steal the show in Singapore.

Lee holds the ONE record for most finishes, and Lapicus’ 100% finishing rate speaks for itself.

Although he is just 22-years-old, Lee’s experience on the global stage has made him feel like the veteran presence in the matchup. He will look to exploit the Moldovan’s inexperience in championship bouts by dragging him into deep waters should an early finish be elusive.

The unknowns around Lapicus make for an intriguing matchup. With 13 first-round finishes, we still have not scratched the surface on what his ceiling is in the sport. Is he that untouchable? Lee will test that theory.

At ONE: Inside The Matrix, these two athletes will leave no doubt when the opening bell rings. It is what makes this a fantastic contest on paper, but perhaps an even more thrilling one when the action gets underway.

Championship bouts are all about legacy. The winner gets their name in the history books, and a champion who is able to defend his belt on multiple occasions enters rarefied air. That is what this contest is all about. Can Lee establish his legacy at such a young age, or will Lapicus bring gold back to Italy and become the next great European star?

This may be the can’t miss title tilt in the fourth quarter of 2020.