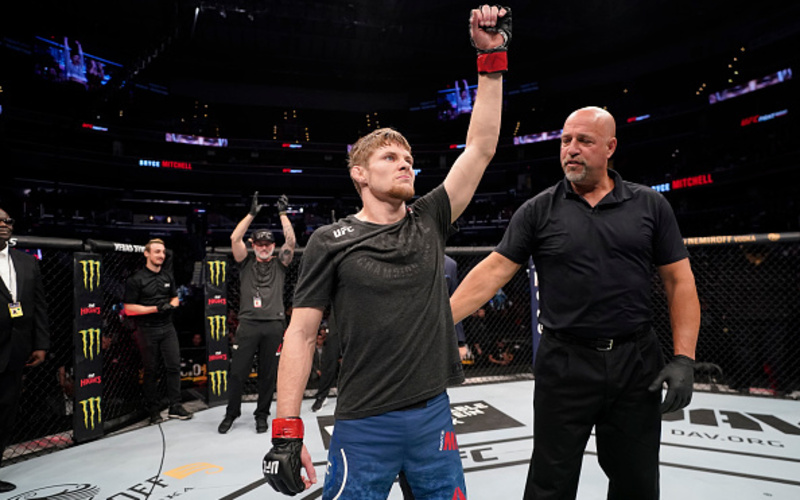 Bryce made a commercial for DriveTime Motors in Arkansas and from the opening moments, it’s a work of art. UFC boss Dana White called it “The greatest commercial ever made” and posted it to his Twitter. It’s funny, unintentionally at times it seems and features some really funny moments. I’ve never heard of Drime Time Motors but I hope they are doing great business. You can see the ad for yourself via Dana White’s Twitter.

This is the greatest commercial EVER made. Congrats @ThugnastyMMA pic.twitter.com/Im9iXzVJTd

Mitchell is an undefeated featherweight with a perfect 13-0 record. He competed on The Ultimate Fighter and since his exit on the show has run off four consecutive victories in the Octagon. In his last outing, he defeated Charles Rosa via unanimous decision. He has a very fan-friendly fight style and fans have really seemed to jump on board his bandwagon.

This Saturday night he will be fighting Andre Fili in the co-main event of the card featuring Anderson Silva and Uriah Hall. The fight with Andre Fili marks a considerable step up in competition for Mitchell. Fili has won three of his last four fights, with victories over Myles Jury, Shaymon Moraes, and Charles Jourdain and losing against highly regarded Sodiq Yusuff.

The event takes place Saturday night on Halloween live in Las Vegas at the UFC Apex Center. The main card can be seen at 4 PM PST on ESPN+.