The Legacy of Andrei Arlovski 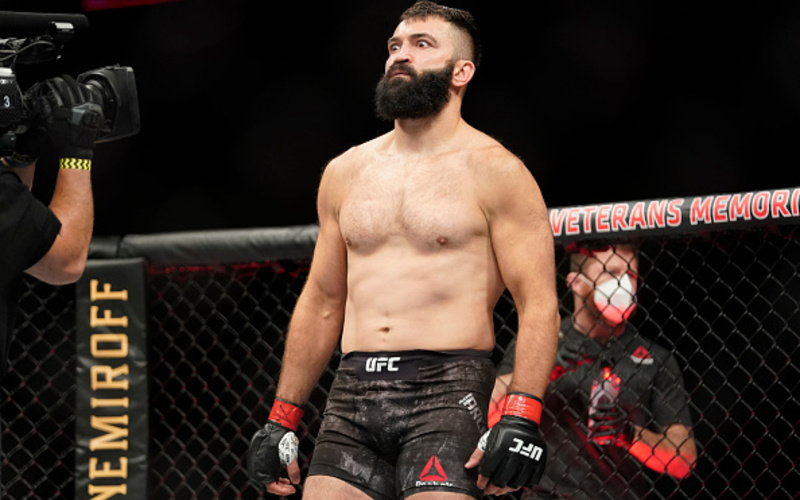 Over the last several weeks, MMA fans have seen the possible final chapters of legendary careers. Anderson Silva may have fought his last fight against Uriah Hall, while Khabib Nurmagomedov snuffed out Justin Gaethje before retiring. This upcoming fight card may see one of the final performances of another legend, though this legendary fighter is far less heralded than Khabib or Silva. This fighter is Andrei Arlovski. While there is no reason to speculate this fight may be his last, Arlovski is 41 years old now. Any time we see Pitbull could be his last.

Arlovski is set to face off against Tanner Boser Saturday, November 7th in the co-main event from UFC’s Apex facility. The Belarusian heavyweight is a +215 underdog at the time of this writing. For those of you that need sports betting tips, that means the former champion is unlikely to come out on top, according to oddsmakers. Arlvoski, however, intends to beat the odds. Something he has been able to do throughout his illustrious career.

The Legacy of Andrei Arlovski

Some may deny the Belarusian fighter’s greatness. After all, Arlovski has just two wins in his last seven nights. Make no mistake though, Arlovski truly is a legend of the sport. No heavyweight owns more victories than Pitbull has. The kickboxing and sambo practitioner has racked up 18 wins in the UFC. None of these victories being more important than when Arlvoski defeated Tim Sylvia for the interim title (this later became the undisputed title) at UFC 51 in 2005. While he hasn’t always come out on top, Arlvoski shares the ring with legends on a regular basis, stacking up a fight card that includes bouts with the likes of Fedor Emelianenko, Fabricio Werdum, Frank Mir, Stipe Miocic and many more.

Arlvoski doesn’t only boast victories and big-time fights. The fighter also owns one of the best takedown defense rates in UFC heavyweight history, defending 79% of takedowns attempted. Arlovski also lands 3.54 significant strikes per minute, making him an incredibly efficient striker to this day. Though he’s done so quietly the last few years, Arlovski has built one of the most impressive heavyweight resumes of all time. While his legacy is firmly established, the Pitbull’s career didn’t always have such a stellar reputation in the UFC

Coming Back from the Brink

Arlovski’s first UFC appearance came at UFC 28 in 2000. It’s truly amazing that the heavyweight continues to fight at such a high level. The Pitbull didn’t always fight in the UFC, though. Arlovski left the UFC after a win against Jake O’Brien at UFC 82. He would go on to win fights against pre-UFC Ben Rothwell and Roy Nelson. The kickboxer would fall on hard times after these wins, losing his next four fights in a row.

Since re-signing with the UFC, Arlovski has built on his legacy. The Pitbull won his first four fights upon returning. Though he slid from there, losing his next five, Arlovski has soldiered on and continued to be competitive against some of the top heavyweights in the sport. Arlovski will write another chapter in this second stage of his career against Tanner Boser Saturday November 7th.

Boser boasts knockout power, something Arlovski has struggled with recently, and is an up-and-comer in the heavyweight division. Like the odds imply, Arlovski has his work cut out for him. However, whether this is Arlovski’s last chapter in his illustrious career, or there are more fights to come; Whether the Pitbull emerges victorious or suffers defeat, Andrei Arlovski has established himself as a true legend of the sport.