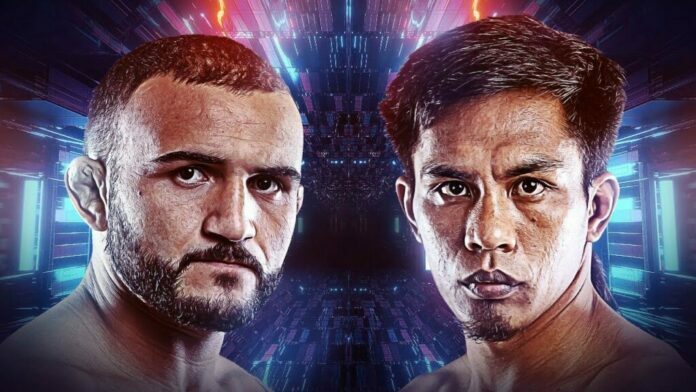 John Lineker has been a long-time fan favorite, and his crushing power and aggressive style have thrilled audiences around the globe.

Belingon is the division’s former champion, but following three consecutive bouts against Bibiano Fernandes, he is back on the contender’s path. His time as champion and battles with Fernandes has shown he is at the apex of the sport.

And that apex is where Lineker longs to be.

On the surface, Lineker vs. Belingon is already an exciting matchup of two fantastic martial artists. Still, digging deeper shows the importance that elevates the bout to its main event slot.

Whereas Belingon is competing to show he should once again challenge Fernandes, Lineker gets a golden opportunity to leap from his current spot at #5 in the official ONE athlete rankings to the top with a win over the man who sits at #1.

An emphatic victory could make him the next man in-line for a shot at the ONE Bantamweight World Championship.

Lineker made an immediate impact when he debuted in ONE in October 2019 with a unanimous decision victory over Muin Gafurov at ONE: Dawn Of Valor. The marauding Brazilian got the nod and made the right step forward for contendership.

With one step forward, Lineker’s next step could instead be a giant leap.

The stylistic matchup against Belingon also lends itself to pushing the victor forward in the division. It is almost guaranteed to be an exciting affair between the two talents. That level of excitement is more beneficial to the athletes than a routine victory.

As much as the pandemic altered the schedule for 2020, Belingon vs. Lineker has come through to offer a true contender’s battle that could turn out to be a title eliminator in the bantamweight division.

The main event of ONE: Inside The Matrix III has it all. Top athletes, an exciting clash of styles, and high stakes.

Those high stakes will make Fernandes an interested observer.