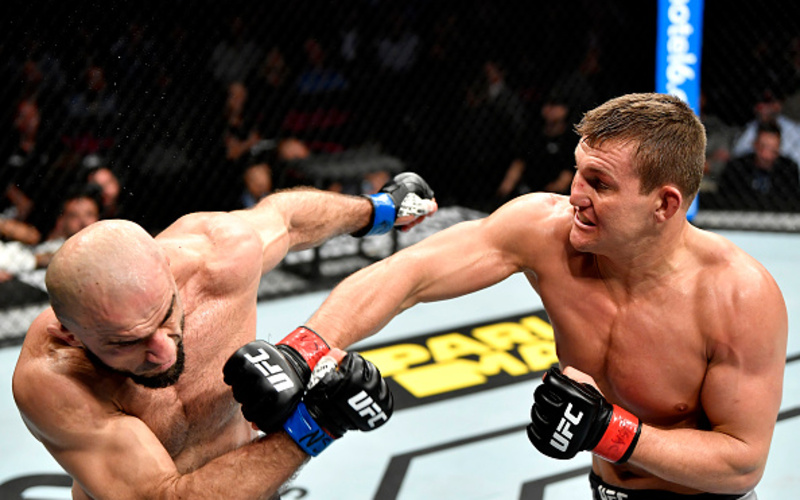 This week on Chaos MMA we had on flyweight contender Phumi “Turbo” Nkuta. Njuta fights out of New Jersey and is 25 years of age. He stands at 5’ 4” and has a professional record of 2-0-0. Nkuta is currently on a 7 fight win streak and trains at Longo and Weidman MMA amongst popular and high ranked fighters like Aljamain Sterling.

His most recent fight was October 30th, 2020 against fellow flyweight Ben Coyle. Nkuta submitted Coyle in the middle of the second round via armbar. This is the first win for Nkuta in the Cage Fury Fighting Championships. Nkuta made his first professional MMA appearance at  Bellator 231 on October 25th, 2019. Phumi Nkuta had a unanimous decision victory over flyweight Adrian Haly. In our face to face interview with Nkuta, he explains his career and his most recent fight. Not to mention he also said, “ Thank you Chaos MMA you are the goat”. By far one of our favorite interviews so far on the podcast.

We also spoke with Ian Heinisch.

Also, this week on Chaos MMA we had on UFC middleweight contender Ian “The Hurricane” Heinisch. Heinisch is currently ranked #15 in the middleweight division and has a professional MMA record of 14-3-0. He stands at 5’ 11” and has a reach of 72 inches.

Heinisch was born in the United States and is currently training at FactoryX Muay Thai located in Englewood, Colorado. FactoryX is known for its conditioning at high elevation. “The Hurricane” is 32 years of age and is currently on a 1 fight win streak. His last fight was against middleweight Gerald Meerschaert on June 6th, 2020. Heinisch won the fight by KO/TKO after landing an overhand right hand and then going to ground and pound to get the finish at UFC 250.

The Hurricane” was recently supposed to fight Brenden Allen on November 7th, 2020 but be had to pull out because he tested positive for COVID-19. We are looking forward to seeing Heinisch get healthy and fight again.

In an interview with Miranda Maverick, we talked about many things including her recent win over Liana Jojua at UFC 254. One of the big things we talked about was the elbow that landed, which cut her opponent’s nose open. I asked if that was part of the game plan. Her response was, “The game plan always varies. One of them was to integrate the elbow in my striking technique. After the pad session with my weigh-ins, I said let’s do this”. Miranda Maverick landed a very nice elbow and this was a big part of her getting the win.

Another thing I asked her was how Liana said she was winning the first round. While watching the fight, you can clearly see Miranda Maverick was winning the round. Her response was simple, “It’s pretty abusing. My thoughts on that are the judges released their scorecards and they scored it for my side. You know some people remain unhumbled”. This was a great fight and Miranda did very well in the first round, resulting in all the judges giving her the win. It was great to have Miranda Maverick on and we look forward to her next fight!

We talk with Max Griffin.

In an interview with Max Griffin, we talked about many things including his fight against Ramiz Brahimaj. This interview was before the fight and he got a very nice win last weekend. One of the things we asked him was if he would like to come back before 2020 ends and fight again. His response was, “Yeah I want to get in man. I’m healthy and I thought I was gonna fight in August. I have been ready to fight since then”. Max Griffin definitely wants to fight again this year and we hope we get to see him back in there again! Another thing we asked him was about the UFC and having no fans.

We asked whether he likes that. His response was simple, “I mean I like watching it. I like hearing the punches. It’s more real. It’s gonna be like in the gym and it’s just you and him”. Fighting with no fans is different for everyone and some fighters like it and some don’t. Max Griffin had an amazing win last weekend and got the third round ear stoppage. The opponent’s ear did not look good and it definitely needed to be stopped. It was great having Max Griffin on and we look forward to his next fight!

One on one with Adrian Yanez.

In another interview with Adrian Yanez, we talked about many things including his fight against Victor Rodriguez. He got a highlight reel head kick knockout and ended up getting the bonus! One of the things we asked Yanez was if that was how he saw the fight playing out. His response was, “I pictured it happening like that many times. I actually called the head kick. I told my training partner all week I think I’m gonna land the head kick”. The head kick was executed so well and it finished his opponent immediately.

Another thing we asked was, how did it feel when Dana White said you will receive that 50,000 dollar bonus. This was his response, “That made me jump up and go, crazy man. I didn’t even find out till later. My manager actually called me and told me your 50,000 dollars richer. I was like oh shit. It was a pretty good night man. Adrian Yanez definitely deserved the bonus after that knockout and it was great to hear about his reaction to this. It was great to have Adrian Yanez on again and we cannot wait for his next fight!

Check out all the interviews below.