The long-awaited rematch is finally booked for Rizin 26. Per Rizin FF ‘s official twitter page, Kai Asakura (16-2) is set to take on Kyoji Horiguchi (28-3) at Rizin 26. The event will take place on New Year’s Eve with the bantamweight championship at stake. Originally scheduled for last December, the bout had to be rescheduled due to Horiguchi suffering a torn ACL.

Since their first meeting, Kai Asakura has competed in four bouts, winning 3 of those by stoppage. Asukara dropped the title against Manel Kape, only to regain it with a devastating soccer kick at Rizin 23. He followed that up with another title defense at Rizin 24. Asakura has terrific striking and is still entering his prime at 27 years old. 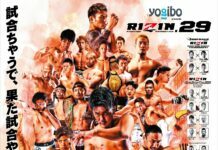 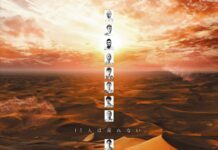