KSW is continuing its big push to the end of 2020 with KSW 57 set for Saturday, December 19, 2020. After the light heavyweight title was on the line at KSW 56, the larger men will enter the cage with the KSW heavyweight title on the line. The co-main event will also feature the first defense of the bantamweight title. The event can be seen worldwide on KSWTV as well as the KSW app.

Phil de Fries (18-6) will defend his KSW heavyweight title for the fourth time as he defends against Polish striker Michal Kita (20-11-1.) It’s been over a year since de Fries has been in action, earning a split-decision win over Luis Henrique at KSW 50 in September 2019. De Fries is very dangerous on the ground with 12 of his career 18 wins coming by submission. Kita is going to want to keep the bout on the feet if he is going to have any shot of derailing the champ. Kita has only fought under the KSW banner once but scored a huge KO against Michal Andryszak at KSW 54 earlier in August.

Though his opponent has yet to be named, bantamweight champion Antun Racic (24-8-1) will defend his title for the first time. Racic defeated Damian Stasiak at KSW 51 to become KSW’s first bantamweight champion. Croatia’s own is undefeated in the KSW cage, winning all five of his bouts. Racic is the ultimate grinding-style fighter, earning all five of his wins by decision. The division is not that deep currently, so it would not be all that surprising if Stasiak got a rematch due to him winning again since the Racic bout. Could KSW bring in a new, bright star to fight right away for the crown? 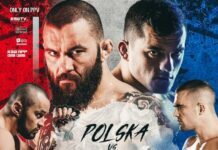 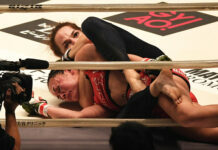 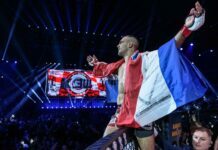 Ivan Erslan: “Winning This Title Would Be a Life-Changing Experience”