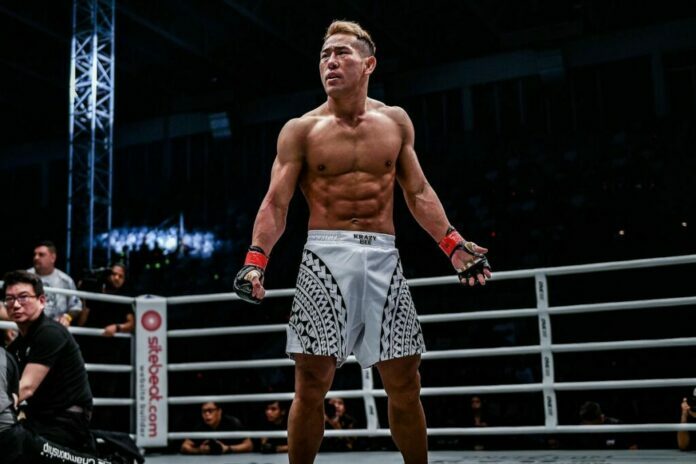 The ONE Championship featherweight division is stacked with talent, and on Friday, November 20, two more exceptional athletes will try to close out their 2020 in style to lay claim to being a contender in the new year.

Ryogo Takahashi will meet Yoon Chang Min at ONE: Inside The Matrix IV.

Takahashi is 8-1 in his last nine bouts. In January, he entered his previous outing on an eight-bout win streak before being upended by Thanh Le, the man who now sits atop the division as its new king.

The Japanese athlete has nine career finishes and is entering his prime. Taking down his South Korean counterpart should establish him as one of the top athletes to watch in the division in 2021.

It is also easy to see how close Takahashi is to becoming a true contender and earning a rematch given that Le challenged and won the ONE Featherweight World Championship following their contest. Rebounding with a victory over Yoon will inch Takahashi closer to breaking through the ONE athlete rankings and calling for a shot at the American.

But “The Big Heart” will have something to say about that as he looks to make a huge statement and continue his perfect record.

With a perfect 100% finishing rate, Yoon is one of the most unheralded athletes on the global stage today. However, an emphatic performance in Singapore will thrust him into the hunt for gold.

Yoon has been perfect since joining ONE and has only been out of the first round once. A similar journey to that of the current champion.

The meeting with Takahashi is a perfect opportunity for him to showcase his talents and call for a spot among the elite.

Aside from the importance of the bout’s ramifications, the meeting could also steal the show and be the best contest of the event.

The Krazy Bee-trained athlete and the South Korean have both shown the willingness to engage in close-quarters and let their hands fly. And they are just as eager to work on the canvas as well.

A clash of styles that is sure to produce excitement and a match with significant stakes is what fans tune-in to watch, and it is what this contest supplies.

In total, three mixed martial arts contests will line the card. You will not want to miss a second of the action this Friday.