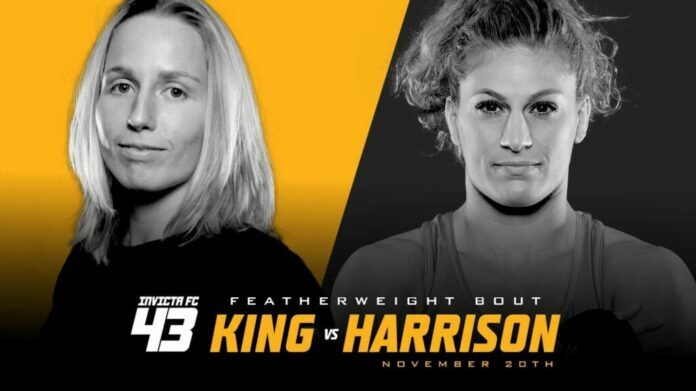 We are bringing you live Invicta FC 43 results tonight as they happen. The main card goes live at 5 PM PST and you can check it out on FightPass. If you can’t catch it there, you can get the results here.

In the main event, featherweights Kayla Harrison will be taking on Courtney King in a clash to determine who might be next in line for a championship fight.  Kayla is unbeaten as a pro with a 7-0 record while King enters the cage with a respectable 4-1 record. It should be a good fight.

Kayla Harrison is making her Invicta FC debut after winning the 2019 PFL featherweight championship and the million dollars that come with it. PFA did not get off the ground this year with the Covid Pandemic and she and other fighters sought their release from the promotion. People are expecting big things from her in the Invicta FC promotion.

In the co-main event, Stephanie Geltmacher will face fellow flyweight, Caitlin Sammons. The two have a 7-1 combined record and the winner takes a big step forward in a crowded and talented division.

Both fighters are veterans of Invicta FC and Caitlin Sammons is 3-0 inside of the promotion and trying to earn her way into a possible title fight or title eliminator.

Kayla Harrison def. Courtney King by TKO via Strikes at 4:48 of Round 2
Stephanie Geltmacher def. Caitlin Sammons via TKO (Overhand Right) at 4:28 of Round 1
Hope Chase def. Brittney Cloudy via Sub (Rear Naked Choke) at 4:37 of Round 2
Meaghan Penning def. Alexa Culp via Unanimous Decision (29-28 x 3)
Juliana Miller def. Kendal Holowell via Sub (Armbar) at 0:49 of Round 1 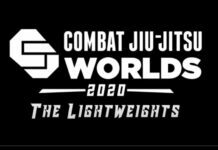 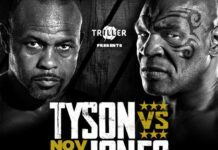 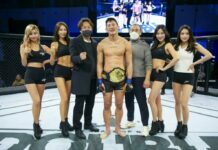