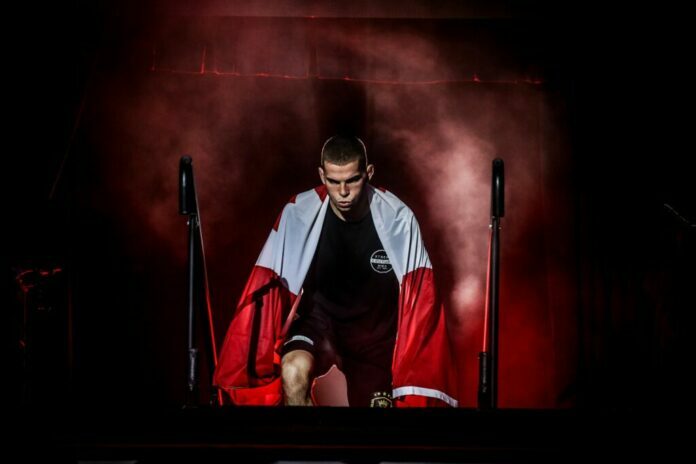 From the regional scene to major promotions, Jeremy Kennedy has made a name for himself as one of the top featherweights in the world.

The Canadian made his Bellator MMA debut against Matt Bessette at Bellator 253. In his eighteenth outing, Kennedy picked up his fifteenth victory in a three round domination.

Following an impressive performance, the 28-year-old did not have a call out in mind. In fact, he feels like he’s ready for any of the top contenders in the Bellator 145-pound rankings.

Jeremy Kennedy Knows the Who’s Who of 145

“I was gonna not call anybody out, you know?” Kennedy said at the Bellator 253 post-fight media conference. “I’m a nerd though, I can name drop all day — you know you’ve got the Henry Corrales‘, the Adam Borics‘, the Pedro Carvalho‘s, I know he just lost, but these guys that are just dropping out. Daniel Weichel, there’s all these guys that were in the Grand Prix that are falling out and it’s like I match up with all of them and it’s fantastic.

So I’ll let them [Bellator] do what they want, I’m game for anybody. I’m one of those guys, that I can come in right away and be a threat or I can build. JJ Wilson who just fought, I know he doesn’t have that many fights, but another game opponent. They’ve got so many guys from every spectrum that I’ll let them do their work. Ali [Abdelaziz], he’s kind of the god of my MMA career and he looks over everything, he’ll take care of me, he’ll figure out what’s next, he’ll call me, he’ll tell me and I’ll be there.”

The Bellator featherweight grand prix is currently underway. The opening round had some stellar match-ups, but at Bellator 253 one half of the finals was determined.

A.J. McKee earned one of the most exciting finishes of his career, as he subbed Darrion Caldwell just one-minute and eleven seconds into the very first round. The 25-year-old, second generation MMA fighter will take on the winner of Patricio Friere and Emmanuel Sanchez for a shot at one million dollars.

Kennedy feels with the tournament format, it’s the perfect time for him to enter the promotion. 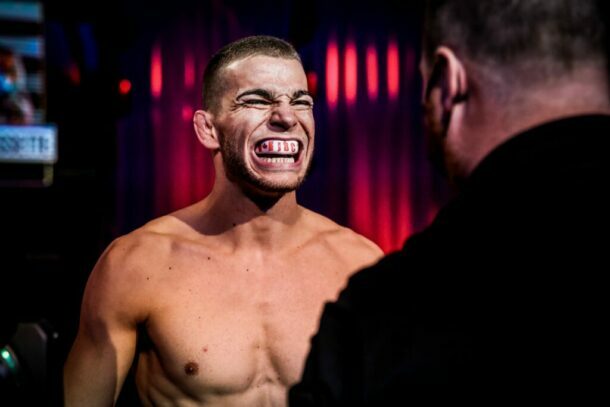 Timing is everything for Jeremy Kennedy

“It’s a great time for me to come into Bellator. The winner of this [my fight] is going to already fought or be ahead of all these guys in the tournament. So I’m a new face, I’m a fresh face, someone that they haven’t seen and right away I can compete. Give me a top guy, beginning of next year, let the Grand Prix finish and we’ll see what goes on there after that.”

After a grueling training camp and being away from home, Kennedy wants a bit of a break. Being from Canada, training and fighting in the United States, “JBC” will have to quarantine for 14-days due to the COVID-19 pandemic. He is excited about this and expects to come into 2021 with a bang. 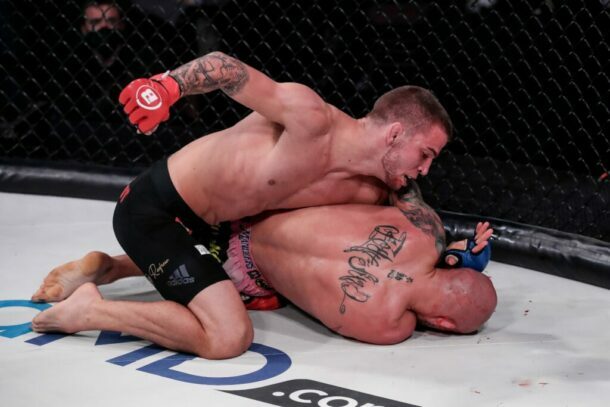 “2021 is probably more realistic. I came down to Vegas, not leaving until I got a fight. I’ve been training, in hard training camps since September. I’m so excited to go home and see my dogs, I haven’t seen them in three months. I haven’t seen my actual house, just newly married for three weeks and I took off, so I’m really looking forward to going home. I’m looking forward to a two-week quarantine, Christmas, decorating my house and doing the whole thing. I’ll be itching to come back to Vegas come January, I guarantee it. I’m looking for a February kind of thing, but as for December or before the end of the year, it doesn’t look likely to me.”