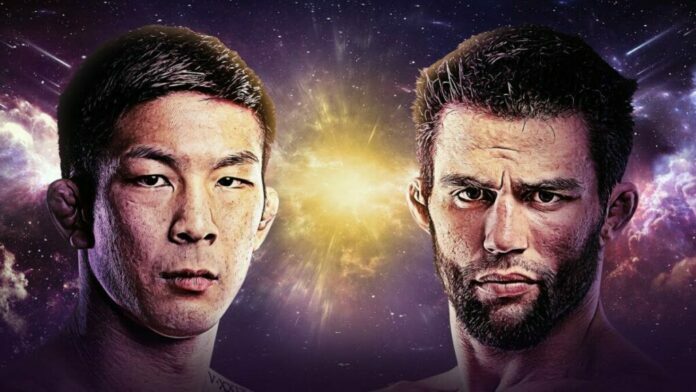 Thanh Le turned ONE Championship’s featherweight division on its head last month with a stunning knockout over Martin “The Situ-Asian” Nguyen. As the new ONE Featherweight World Championship settles in, title hopefuls are ready to state their case and shine on Friday, December 4.

#3-ranked featherweight contender Koyomi Matsushima and #5-ranked Garry Tonon are scheduled to collide in the co-main event at ONE: Big Bang.

For all intents and purposes, the meeting at ONE: Big Bang looks to be a title eliminator. The victor will have the inside track at a title shot.

“Moushigo” has looked excellent on the global stage. He has picked up three victories, two by TKO, with his last coming in February before the global pandemic took hold and altered every professional athlete’s schedule.

A win over the undefeated American would push him right back to the top of the division. But it will not be an easy task.

Tonon was one of the hottest names in the sport upon his arrival because of his incredible legacy as a Brazilian Jiu-Jitsu star.

The New Jersey native drew eyes from everyone because they were curious about how he would make the transition into mixed martial arts. And it was seamless.

While many may have expected him to play the role of a submission stylist from the outset, “The Lion Killer” flipped the script with a TKO victory in his ONE debut at ONE: Iron Will against Richard Corminal. The submissions followed afterward against Rahul Raju, Sung Jong Lee, and Yoshiki Nakahara.

Sitting with a perfect record and with a perfect finishing rate, Tonon’s run has made him the man to watch. He has more than just his world-class grappling, and as he continues to showcase his growth, the idea that he could become a dominant champion is not a fleeting thought.

That is why this match is compelling.

Matsushima will test where Tonon is at, and the world will be able to see if he is ready for the sport’s upper echelon. For well over a year, Tonon has been sidelined. How much has he grown? Will there be any ring rust?

All questions are set to be answered in short order.

The gold is within sight for both men, and they both enter the contest with nothing to lose, making each exceptionally dangerous. The meeting of the ranked contenders has all of the makings for a Fight of the Night in Singapore.

It will be a clash of styles of entertaining featherweights with high stakes on the line. It is can’t-miss martial arts action.