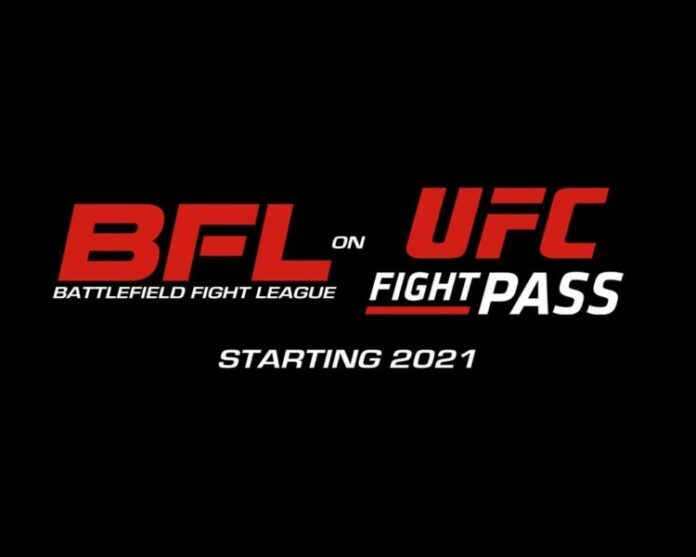 The news was announced on Tuesday morning on UFC.com.

“We have come to terms on a multi-year deal with the UFC FIGHT PASS team,” said BFL President Jay Golshani. “Our fans will notice some immediate changes to our content creation and a major increase in fight related statistics during the build-up and live event productions. Our current fans and the UFC Fight Pass subscribers will observe our innovative outlook in breaking down and analyzing matchups. We are currently exploring options to begin our Fight Pass deal in early 2021.  We will make a firm decision on where our first 2021 event will be held soon, as we are working with different commissions regarding the ever-changing COVID-19 safety protocols.

“UFC FIGHT PASS is the definitive destination for combat sports fans,” said Crowley Sullivan, General Manager and Vice President, UFC FIGHT PASS. “Subscribers have exclusive access to live combat sports promotions from all over the world, countless hours of original programming, iconic martial arts films, the world’s largest fight library, and every bout in UFC history.  UFC FIGHT PASS has seen tremendous growth over the past year and we look forward to continuing this trend in 2021.”

BFL posted the news on their official Instagram page.

BFL was founded in 2010 and has put on 65 events. The promotion has garnered a number of local stars and has sent five of their former champions to the UFC.

In 2014, Matt Dwyer joined the welterweight division in the octagon and went 1-3. In 2016, two BFL champs made the transition to the UFC, Arjan Bhullar and Jeremy Kennedy. Both fighters had winning records inside the octagon before moving on to different promotions, Bhullar and Kennedy both went 3-1 in their respective UFC appearances.

Ryan Janes made his UFC debut late in 2016 and went 2-2 before retiring from the sport.

Current UFC bantamweight Cole Smith held the BFL championship and is currently 1-2 in his UFC tenure.