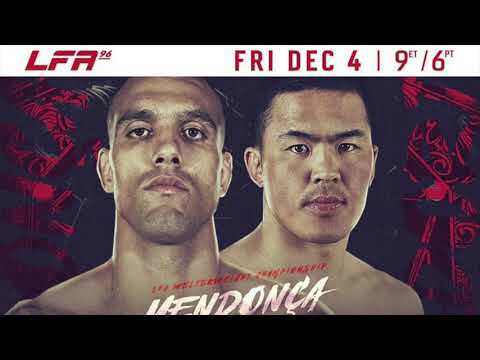 MMA Sucka will have your LFA 96 results as they happen. Legacy Fighting will be back tonight with their 96th fight card. In the main event, Batsumberel Dagvadorj will be taking on Maycon Mendonca for the welterweight championship. Dagvadorj will be fighting for the title in his debut with LFA, after beating James Terry for Bellator in his last outing.

You can check out the LFA 95 results right here.

Maycon Mendonca is 10-4 as a professional and has a four-fight winning streak heading into this fight. He won his last two fights via TKO. It should be a really good fight between two skilled combatants.

In the co-main event, Anthony Romero will compete against Zach Juusola at lightweight. Romero is a perfect 8-0 and last fought against Mike Breeden, earning a victory on Dana White’s Contender Series.

Zach Juusola last competed at BKFC 8 defeating Fred Pierce. He will be looking to establish himself under the LFA umbrella but has his work cut out for him against the very capable Romero.