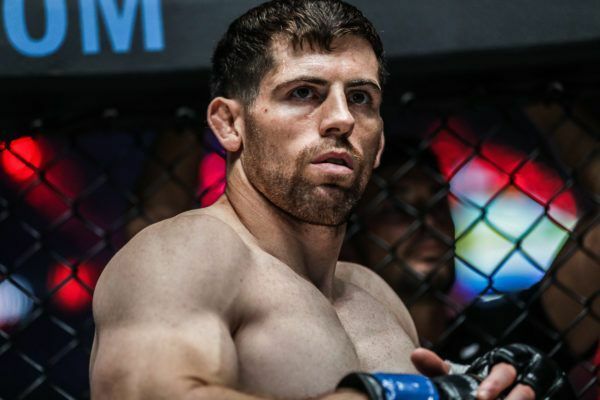 American Tyler McGuire steps back into the ONE Championship Circle at ONE: Big Bang II on Friday, December 11, with his eyes set on re-entering the ONE Welterweight World Championship picture.

McGuire last competed in November 2018 against former divisional king Zebaztian Kadestam. Although the Arizona resident came out on the losing end, he very narrowly missed grabbing the gold.

The United States Air Force Staff Sergeant took time off to adhere to his military duties before the global pandemic extended his layoff, but now McGuire has a date against fellow welterweight hopeful Agilan “Alligator” Thani.

Thani is coming off a solid performance last December against Dante Schiro at ONE: Mark Of Greatness.

The two contenders can make a statement for a meeting against Kiamrian Abbasov with an impressive performance. Abbasov is seeking a new challenge after his comeback knockout victory over James Nakashima.

Can McGuire show himself to be the next athlete in-line for the champion?

Before the title bid, McGuire kept a perfect professional record. He pushed forward in all of his bouts with raw strength and a solid ground game. The Sikjitsu representative has six career submissions to his credit, four by way of rear-naked choke.

The constant forward pressure gives the American a fan-friendly style that makes him an enticing matchup against Abbasov. But reasons to watch McGuire extend past his performances inside the Circle.

The hard-nosed Washington native does not only represent his gym and country; McGuire promotes autism awareness in each of his matches on his shirts, shorts, and banner.

As a former teacher, it is an area of importance for McGuire, and he has found global support for his mission.

Following his ONE debut, McGuire received messages of support for bringing awareness to the cause by Malaysian fans. The unexpected global reach of his message has energized McGuire to keep up the work.

In and out of the ONE Circle, McGuire is a positive influence in the sport. Something much needed in the very trying year that has been 2020.

The blue-collar battle that will be McGuire vs. Thani will be a can’t-miss three-round affair. It will almost assuredly be a battle of wills between two men who always go forward looking for a finish.

With a possible title bid up in the air, the stakes only add to the intrigue.