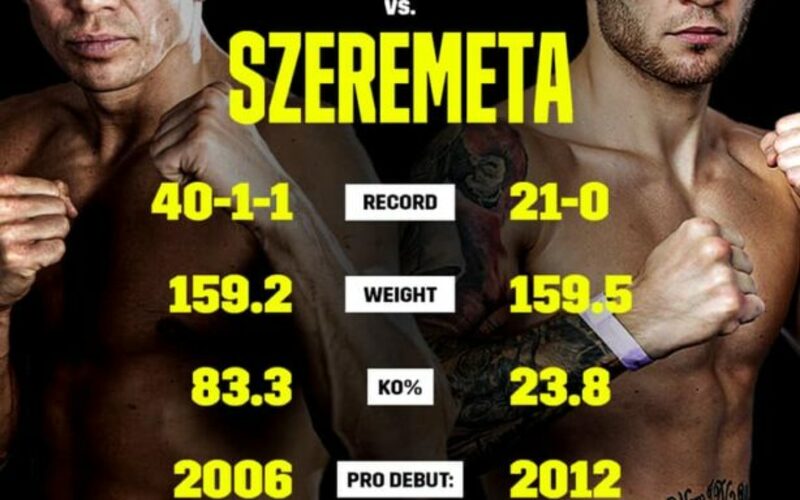 Middleweight legend and future hall-of-famer Gennady Golovkin returns to the ring in hopes to defend his IBF world championship. He takes on mandatory challenger Kamil Szeremeta. The event can be watched on DAZN starting at 5pm ET/2pm PT.

“GGG” is attempting to make history as he goes for his record-breaking 21st title defense. He currently shares the record with Bernard Hopkins. It should be noted that five of those defenses were for Golovkin’s “Regular” championship. All things considered, Golovkin is one of the best fighters of his generation and is still competing at a high level. At age 38 however, “GGG” is set to face the younger undefeated Szeremeta.

Kamil Szeremeta is 21-0 and coming off a TKO victory of Oscar Cortes in October of 2019. As a result of the pandemic, this fight had to be delayed. Szeremeta hopes to spoil Golovkin’s night as well as the intended trilogy with Canelo Alvarez.

The undercard highlights another middleweight contender. John Ryder is set to face Michael Guy in a 168lb matchup. Ryder was on the wrong side of a decision loss to Callum Smith.

Follow along right here as we update live results for when Gennadiy Golovkin takes on Kamil Szeremeta tonight, as well as tomorrow night when Canelo Alvarez steps in the ring to take on Callum Smith for supremacy at super middleweight.