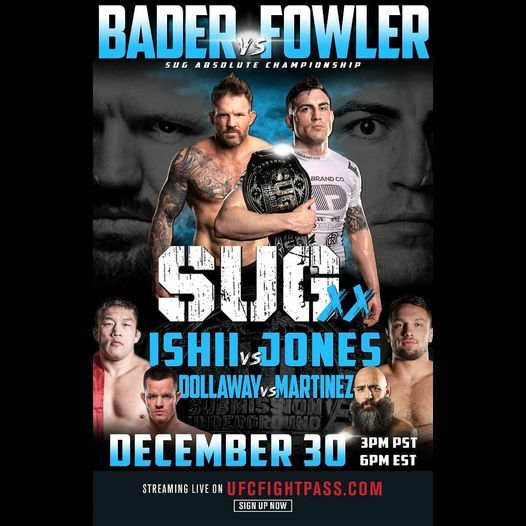 The promotion announced the SUG 20 main card on their official Facebook page, stating, “Oh…you thought 2020 was over? Uncle Chael says not so fast! We’re running it again…gotta have SUG 20 in 2020.”

The main event features a battle for SUG gold, as champion Mason Fowler takes on Ryan Bader. Both men competed at SUG 19 this past weekend and were victorious. Fowler earned a submission victory in the main event against Satoshi Ishii and Bader beat Anthony Johnson via fastest escape time in OT.

Also featured on the card is a match between Craig Jones and Satoshi Ishii, as well as C.B. Dollaway takes on Richie Martinez.

Keep it locked to MMASucka.com for news on the rest of the card as it is released.