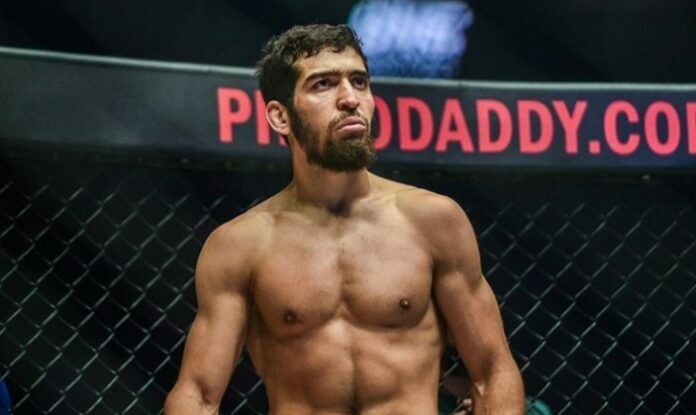 At ONE: Collision Course II, a previously recorded event, an exciting welterweight clash will come your way on Christmas morning. Two athletes are looking to unwrap their own present before the new year and jump into the title picture.

“Panico” steps onto the global stage for the first time but brings in an undefeated record with six knockouts. More impressive, all six of those knockouts have come in his last six outings. The Brazilian has a well-rounded skill set, but his power has carried the day thus far in his career.

However, finding the knockout may be more difficult against the Russian opponent who will stand opposite him inside the ONE Circle.

Magomedaliev made his organizational debut in 2018 against recent title challenger James Nakashima. The Russian dropped a decision but returned in 2020 in a dominant performance at ONE: A New Tomorrow.

The Russian got a first-round submission against Joey Pierotti to announce his return to the welterweight title discussion. Magmomedaliev, a combat sambo World Champion, is a finisher who posts a career 83% finishing rate.

Given the exceptional records for both men, this welterweight clash could play a huge role in the welterweight division for 2021.

Other contenders are lined up, but following Kiamrian Abbasov‘s latest title defense, the door is open for a new challenger.

That raises the stakes for this match at the Singapore Indoor Stadium.

An impressive victory for either man would put them in a prime position as 2021 nears. The welterweight division is continually adding depth, with contenders such as Tyler McGuire, Zebaztian Kadestam, and Cosmo Alexandre, are eyeing their own shot.

The welterweight division’s depths are growing, and this is the latest example of elite talent competing on a global stage. Magomedaliev and Marques bring that diversity of talent to the ONE Circle in a compelling matchup.

Abbasov will have his eyes firmly on this matchup of potential future contenders, and fans should too, as the action should be hot and heavy from the opening bell.

The Christmas morning matchup will give the welterweight division one more chance to shine before the calendar rolls over into 2021. While the new year looks promising for the welterweights, this will be the final bout for the key division to set the stage for what is to come.