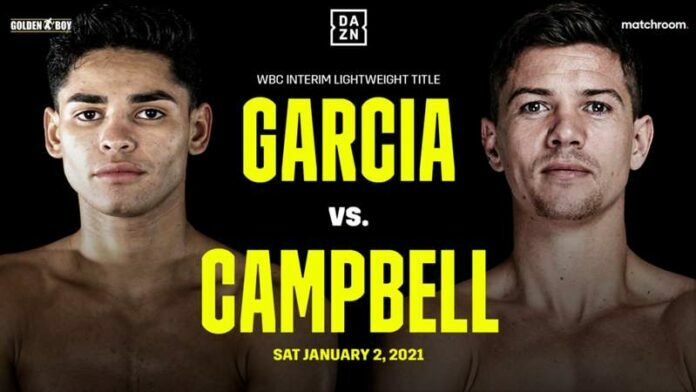 We have your Ryan Garcia vs. Luke Campbell results. The acclaimed rising Mexican-American prospect Ryan Garcia battles against the stern Briton Luke Campbell in a battle that is hailed as Garcia’s hardest test yet in the pro boxing scene. The four fights of the main card will be streamed on the DAZN streaming service today at 8 pm GMT. They will take place in the American Airlines Center in Dallas, Texas.

Garcia, who has acquired substantial popularity from an extremely active social media presence, is hailed as a potential next big star in boxing. However, “KingRy” will need to prove to be the real deal first, and “Cool Hand” Luke Campbell, a former Olympic Gold Medallist, stands in his way. Campbell has lost three times, but two were split decisions and the third and latest loss was to pound-for-pound boxing talent Vasyl Lomachenko.

The card will also feature the fighting Alvarado brothers as Rene and Felix Alvarado defend their belts against Roger Gutierrez and DeeJay Kriel. Rene fights at super featherweight, while his brother fights at light flyweight. The card will be topped off by Ryan Garcia’s brother Sean Garcia, who will lock horns with Rene Marquez.

Felix Alvarado def. DeeJay Kriel by TKO (referee stoppage) at 1:39 of Round 10

Raul Curiel def. Ramses Agaton by TKO (corner stoppage) at 1:16 of Round 2