Selecting the greatest Scandinavian UFC fighters is a harder task than it may sound because the majority of leading Nordic fighters come from Sweden. Instead, this list looks at the five best fighters from the most prominent Scandinavian countries: Sweden, Denmark, Finland, Norway, and Iceland. 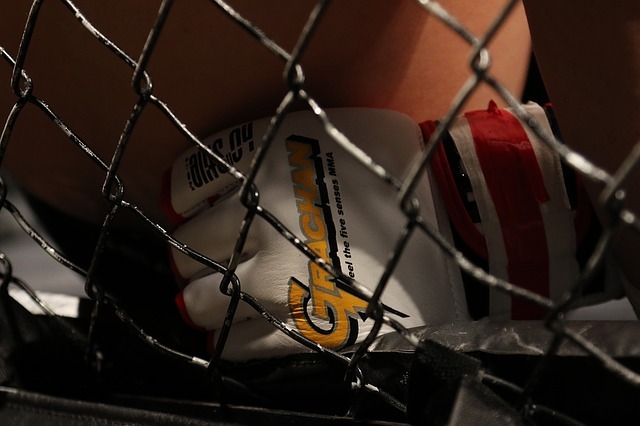 The greatest ever fighter from Scandinavia is surely the Swede known as “The Mauler,” Alexander Gustafsson. The mixed martial artist currently competes in the heavyweight division of the UFC, but he spent the majority of his early MMA career in the Light-Heavyweight division, in which he fought for the title three times. He may have lost of all of them, but two matches were incredibly close. Gustafsson came to prominence in his UFC debut in 2009, when he landed a straight right punch at Jared Hamman, knocking him out after only 41 seconds in the first round. But his most memorable fight was his title shot for the UFC Light Heavyweight Champion in 2013 when he faced Jon Jones. Despite being the underdog, Gustaffson took down Jones for the first time in his career, although Jones eventually won via unanimous decision. The match is generally considered to be the greatest Light-Heavyweight title bout of all time. In 2020, it was announced that the fight would be inducted into the UFC Hall of Fame.

If you want to keep up with all the latest news and odds for Gustaffson and other UFC fighters, as well as all of your other favorite sports, you can check out online sportsbooks like Casumo.

The current top-ranking Danish UFC fighter, Nicolas “Lokomotivo” Dalby, has been competing professionally since 2008. He is a former Welterweight and Interim Welterweight champion in Cage Warriors. His route into MMA is an interesting one, as he started learning karate as a teenager to defend himself against bullies. It is safe to say that no one will now be bullying this powerhouse of a fighter outside of the ring. Dalby made his professional debut with the UFC in 2015, against Elizeu Zaleski dos Santos. Dalby won the fight by split decision. Dalby’s latest most-notable UFC success was in September 2019 when he took on the formidable Alex Oliveira. The “Lokomotivo” won the match via unanimous decision.

The Iran-born Finnish mixed martial artist Makwan Amirkhani competes in the Featherweight division of the UFC. He began training in MMA at the age of 16 and soon began competing on the regional circuit in Finland, where he gained a record of 10-2 with eight finishes, all via submission. Amirkhani signed with the UFC in 2014. He made his professional UFC debut the following year against Andy Ogle. It turned out to be one of the fastest knockouts in UFC history. Amirkhani knocked out Ogle in the first round after only eight seconds!

Emil Weber “Valhalla” Meek may not have made as much of an impression on UFC as other Scandinavian fighters on this list, but he is undoubtedly the best Norwegian fighter. He has been part of the Welterweight division for years, and his most notable achievement was winning the Venator Fighting Championship title. Meek joined the UFC in 2016. His debut match was against Jordan Mein. Meek won the fight via unanimous decision. Meek was also the Nordic MMA Awards’ 2013 Prospect of the Year and the 2016 Fighter of the Year.

When Gunnar Nelson signed with the UFC in 2012, he became its first-ever Icelandic fighter. He is the teammate of former Featherweight and Lightweight champion Conor McGregor. Nelson has a black belt in Brazilian Jiu-Jitsu. He fought in mixed martial arts for the first time in 2007 before joining the UFC in 2012. Out of 23 MMA fights, “The Gunn” has won an impressive 17 matches.