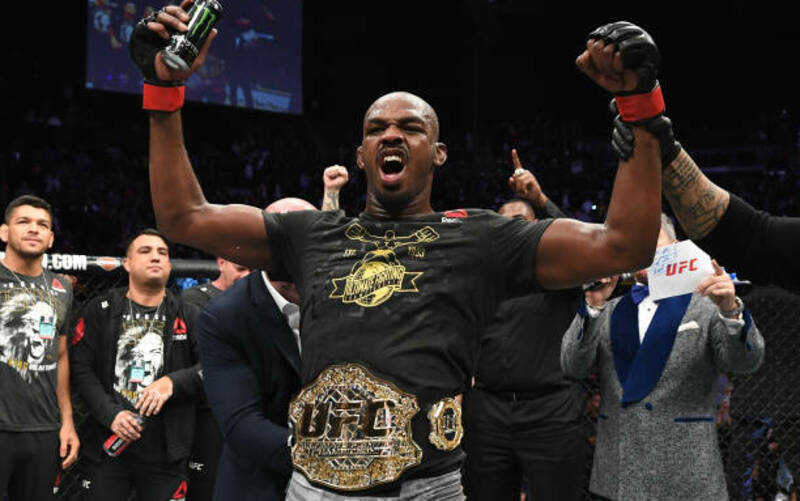 What’s better than being a UFC champion? Being a two-weight UFC champion, of course, and the latest fighter who will try to achieve the daunting task is future hall of famer Jon Jones.

The 33-year-old is already the greatest light heavyweight strap-holder there has ever been and, for many, arguably the best pound-for-pound fighter in history. But ‘Bones’ isn’t resting on his laurels, and recent images shared on his social media pages reveal a man in the shape of his life and weighing in considerably bulkier at 250lbs.

Having successfully defended his light heavyweight belt on 13 occasions – plus the no contest ‘win’ over Daniel Cormier – Jones made no secret of his desire to leave the 205lb division behind and try his luck in amongst the bigger boys.

“I feel like I’ve held onto the light-heavyweight championship for so long […] now it’s time for someone else to have it,” Jones admitted last summer, before claiming that he likes to feel “intimidated” ahead of a fight; hence his move up to the top division.

An option at light heavyweight has emerged in his absence – the all-conquering Israel Adesanya. But as you can see from his physical transformation Jones is solely focused on wrestling Stipe Miocic’s 250lb belt from around his waist – assuming the champion gets past Francis Ngannou in their proposed super fight.

Given what he has achieved in his career so far, few would bet against that from occurring, and you can be sure that Jones would be a favorite in the betting at Space Casino no matter whether it’s Miocic or Ngannou that he is opposing.

Dos Santos in the Crosshairs

You suspect that Jones would be happy to fight anyone in the heavyweight division at the drop of a hat – that desire to get back in the Octagon tends to follow a long period away from the sport. But as we know Dana White is a canny businessman who won’t unleash Jones into a fight that he might lose as his comeback.

For that reason, Miocic and Ngannou are off the radar – for the time being, at least – while highly-ranked and dangerous foes like Derrick Lewis and Alistair Overeem may also be dodged to prevent Jones suffering a fairly embarrassing defeat in his hyped return.

More likely is a bout with a fading opponent whose best days are behind, and by that token Junior dos Santos is arguably the most likely option for Jones’ rematch. Make no mistake, the former UFC Heavyweight champion is a slick operator on his day, but at 36 years old and with 30 professional bouts to his name – the last four all ending in defeat – clearly, the Brazilian’s best days are behind him.

“Don’t talk the talk if you can’t walk the walk” pic.twitter.com/mwQJYHZ2kb

He’s not a big heavyweight either, and in fact has spoken in the past of cutting weight and fighting Jones at 205lb, so this will not be a physical mismatch that may foil Jones further down the road to heavyweight immortality.

Dos Santos has lost six of his last ten fights – all of them via strikes – and so it seems as if his punch resistance is all but gone. What a perfect opponent then for Jones to announce his big-time return to the UFC.