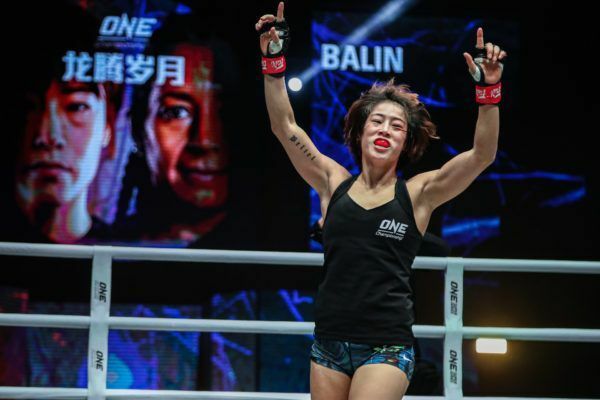 #2-ranked atomweight contender Meng Bo burst onto the ONE Championship scene in 2019 with a first-round knockout of Laura Balin. She kept the train rolling in 2020 with a swift KO over Priscilla Hertati Lumban Gaol.

Her 2021 campaign will begin at ONE: Unbreakable on January 22 against Samara Santos.

Santos is an accomplished athlete in her own right, with six knockouts on her record. The Formiga Top Team representative has only faced the top-end of the ONE talent pool, and Meng will be no different. A true trial by fire for the Brazilian.

And Meng knows the challenge that awaits.

In an interview with ONE, Meng credited her Brazilian counterpart’s skills and expects it to be a tough match.

“She’s a Brazilian, [and she’s] pretty good at ground fighting. But from what I’ve observed in her previous fights, she shows better skills in stand-up fighting, especially her swing in mid-to-late rounds.”

If Meng gets her way, the contest will not see those later rounds.

Meng said about her preference, “By the way, I prefer to KO opponents ASAP.”

The atomweight contender has ended both of her ONE bouts inside the first frame, but she also has an additional seven finishes to her professional mark that includes five submissions. She has proven her well-rounded abilities extend beyond her rare power.

Meng will need all the skills in her tool kit to not only topple the queen of the division but win the ONE Atomweight World Grand Prix.

The Chinese athlete is looking to stay active in the new year, win the tournament, and establish herself as the top contender to Angela Lee and the ONE Atomweight World Championship.

“My ranking in the atomweight division is #2, and through the ONE Atomweight World Grand Prix, I can showcase all my training and skills to fans. Most importantly, I can prove that I have all the talent to challenge the champion.”

Meng’s highlight-reel finishes in ONE have given her global recognition. The world has taken note of her skills and power. If she is able to continue her winning ways, she can become China’s next superstar athlete in the martial arts space.

A defeat of Santos and excellent performance in the ONE Atomweight Grand Prix will set the stage for a confrontation with Lee and earn her the biggest opportunity of her career.

But it all starts on January 22.