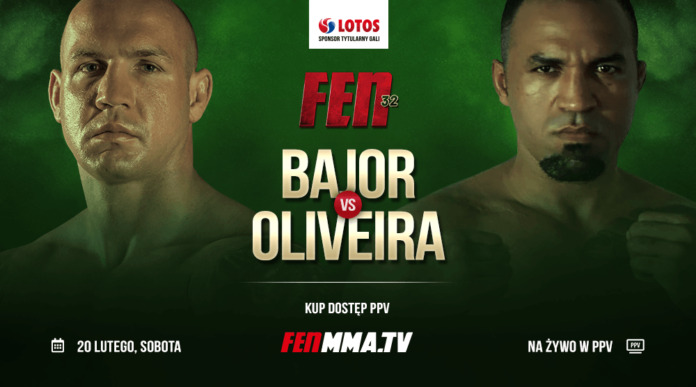 Fight Exclusive Night (FEN) a Polish-based MMA and kickboxing organization, is set to promote their first show of 2021 in the form of FEN 32: LOTOS Fight Night 4. The event is set to take place on Saturday, February 20, 2021, in Lodz, Poland. Though no opponent has been named yet, lightweight champion, Mateusz Rebecki, is set to defend his title. KSW and RIZIN veteran Szymon Bajor competes in a very important heavyweight showdown against UFC veteran Ednaldo Oliveira, in a showdown to see who the new #1 contender will be. There should be some hotly contested fights at FEN 32.

FEN is considered by many to be the “number two” MMA promotion behind KSW. FEN was founded in 2013 and is set for its 32nd show in February 2021. Many of Poland’s elite fighters have passed through FEN at some point in their career. One year later, FEN found their way onto Polish TV working their way to more and more viewers over the years. Their first champion was crowned on March 06, 2015, in the former of bantamweight Victor Marinho, who was victorious at FEN 6.

Every MMA organization around the world has a fighter they can hang their hat on. For KSW it’s someone like Roberto Soldic. For RIZIN it’s a fighter like Koyji Horiguchi. In FEN, that man is lightweight champion Mateusz Rebecki (12-1). Rebecki defeated the current KSW lightweight champion, Marian Ziolkowski, at FEN 20 in March 2018 to win the title. Since winning the title, Rebecki has defended his belt four times with all four victories coming by finish. In fact, 11 of his career 12 wins have come by finish. Regardless of who the 28-year-old rising star is matched up with, he will surely grab the eyes of the MMA world.

Not just a play on words, but the heavyweight collision set for Szymon Bajor (21-9) and Ednaldo Oliveira (21-7-1) could very well determine who gets the next shot at the current champion, Oli Thompson. A professional fighter since 2010, Bajor has fought for all of the major organizations in the Eastern hemisphere. Since losing the inaugural FEN heavyweight title matchup to Thompson at FEN 28 in June 2020, Bajor was able to get another bout in 2020, earning a TKO win in October.

Just as much a veteran, Ednaldo Oliveira (21-7-1) competed a few times in the UFC from 2012 to 2013. In June 2019, Oliveira secured a split decision over top-ranked KSW heavyweight Michal Kita at Babilon MMA 9. The Brazilian striker has knocked out 11 foes which make up 21 of his career wins. At bell-time, Oliveira will be 37-years-old and despite making his FEN debut, a win would put him in the driver seat for a potential title showdown. 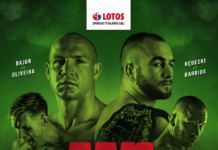 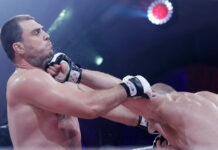 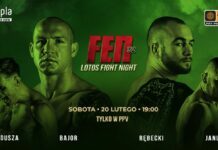