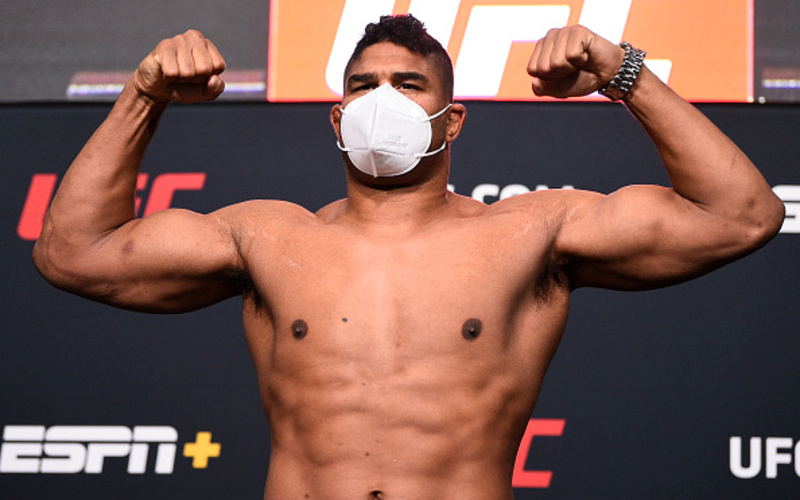 UFC Vegas 18 returns to the Apex facility in Las Vegas with an absolute cracker main event in the heavyweight division between no. 5 ranked Alistair Overeem facing off against no. 6 ranked Alexander Volkov.

With Overeem and Volkov ranked fifth and sixth respectively, a victory here could propel either man right in the mix for a potential title shot. However, nothing is guaranteed as the future of the division is looking a little clouded.  Jon Jones is waiting in the wings for a shot at the title whilst a couple of other top contenders like Curtis Blaydes are still vying for a title shot, creating somewhat of a division logjam.

At age 40, time is not on Overeem’s side as he looks to continue his self-proclaimed “one final run” on his way to the undisputed UFC heavyweight belt. The Dutchman will look to continue his incredible momentum going against Volkov, as he has won four of his last five fights and finishing his last two opponents by TKO against Walt Harris and most recently against rising contender Augusto Sakai.

“The Demolition Man” has made it clear that he wants to become UFC champion before retiring (via MMAJunkie). A former Strikeforce heavyweight champion, Dream heavyweight champion, K-1 World Grand Prix Champion, and one of only two fighters to hold world titles in both MMA and K-1 kickboxing at the same time. The only thing missing is UFC gold. It would be a feel-good moment for combat sports and the community as a whole if the man was to retire as a UFC champion as it would be a perfect cherry on top of an illustrious fighting career dating back to 1999.

Fighting out of Moscow, Volkov is coming off an impressive TKO win against Walt Harris. Since joining the UFC, Volkov won his first 4 fights including a monumental KO against former UFC heavyweight champion Fabricio Werdum, which catapulted him into a no.1 contender fight against Derrick Lewis in October 2018. Unfortunately, the Russian fell short in that bout where he dominated the majority of the fight, only to be knocked out by the “Black Beast” in the remaining few seconds of the fight.

Volkov bounced back after taking more than a year off with a comfortable win against Greg Hardy only to lose again against the current no.2 ranked Blaydes in June last year. “Drago” came back in October and looked his best again with a superb teep kick TKO against Harris. The Russian will look to continue his winning ways to make his claim as one of the more dangerous men in the heavyweight division.