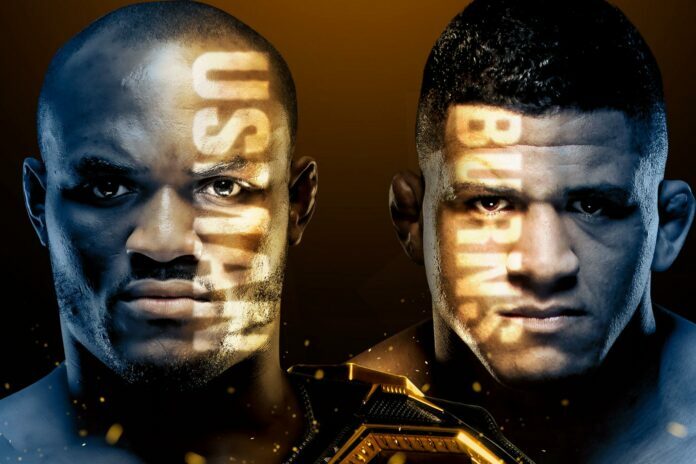 The main event features a battle for the welterweight championship, as 170-pound titleholder Kamaru Usman takes on Gilbert Burns. The two were scheduled to meet at UFC 251 last July, however, Burns was forced to withdraw after testing positive for COVID-19. Then they were matched up again at UFC 256, but Usman pulled out, as he needed more time to recover from injuries. Let’s hope third times a charm for this match-up.

In the evening’s co-main event, the women hit the cage, as flyweight’s Maycee Barber and Alexa Grasso face off. Barber saw the first blemish on her record in her most recent fight, as she lost a controversial decision to Roxanne Modafferi at UFC 246. Grasso was a highly touted undefeated prospect coming into the UFC and has since gone 4-3 in her octagon tenure. Most recently she earned a decision victory against Ji Yeon Kim in August of last year.

Below is how to watch UFC Vegas 18.

You can catch all the action on the aforementioned ESPN+ on Amazon Fire, Apple, Android, Chromecast, PS4/PS5, Roku and Xbox One, as well as a number of smart TVs.