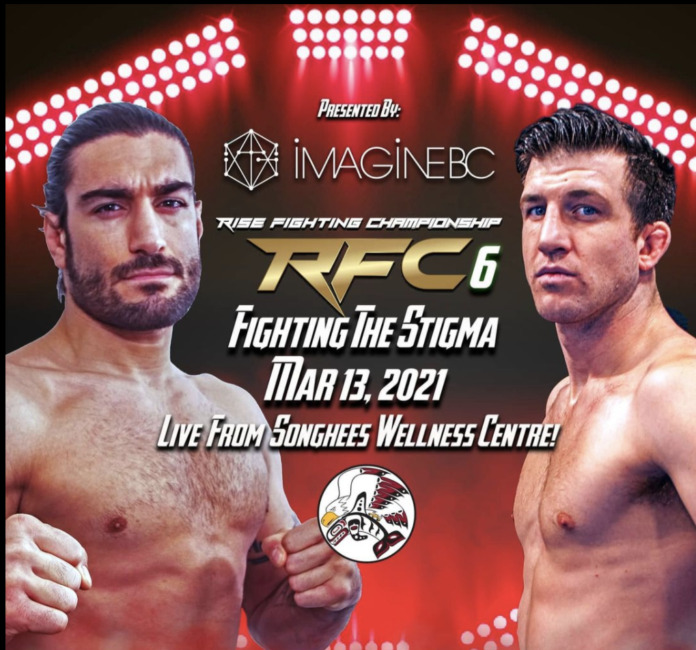 The main event, or shall we say the ‘Mane Event’ is set for Rise FC 6, as two former UFC  fighters go to battle. Elias Theodorou and Matt Dwyer will square off in Victoria, B.C. on March 13.

Elias Theodorou vs. Matt Dwyer is the main event for Rise FC 6

Theodorou (17-3) hasn’t fought since December 2019. It was his first bout after departing from the UFC. The 32-year-old earned a TKO victory against Hernani Perpétuo at PFC 12. Theodorou was 8-3 under the UFC banner and parted ways with the promotion after a loss to Derek Brunson in mid-2019.

Dwyer (11-7) was released from the UFC in 2016 and went on a three-fight winning streak following his departure. The 31-year-old hit a skid in the road, as he’s currently on a three-fight losing streak. All three fights took place in 2019. Most recently, the Kelowna product lost a decision to Mikhail Ragozin at RCC 7 in December 2019.

Rise FC 6 will take place on March 13, 2021, from the Songhees Wellness Centre in Victoria, B.C. The event will air live and exclusively on the Imagine BC app.

Check out the rest of the announced Rise FC 6 fight card below.