Pedro Munhoz vs. Jimmie Rivera off of UFC 258 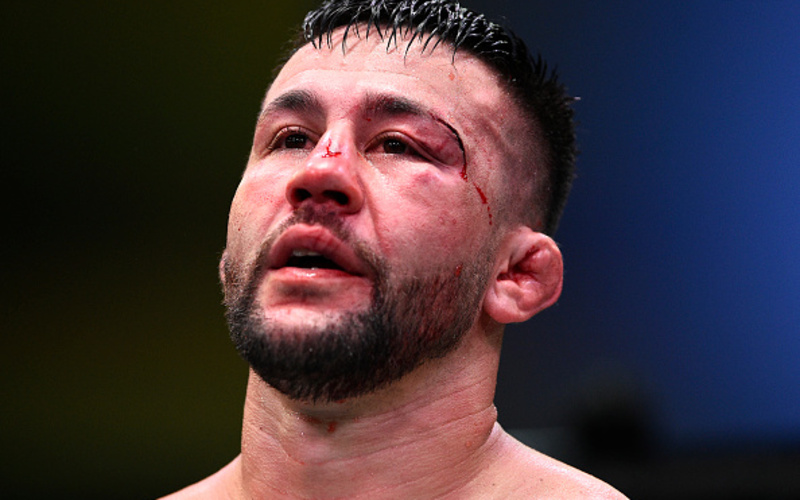 Pedro Munhoz vs. Jimmie Rivera has been pulled from UFC 258. However, according to MMA Fighting, the bout will instead take place on February 27 at UFC Vegas 20.

Jimmie Rivera (23-4) was scheduled to fight Pedro Munhoz (18-5) on the main card of UFC 258. The bout had the potential to be an all-time classic bantamweight affair. Both men are spectacular strikers who are in desperate need of a win to launch them back into title contention.

Munhoz seemed destined for a shot at gold after brutally knocking out former champion Cody Garbrandt, but back-to-back losses have stifled the progress he had made in the division. That being said, he is still a major player at 135. Rivera has also suffered from mixed fortunes as of late. After a terrific five-fight win streak in the UFC, Rivera is 2-3 in his last five. However, nobody at the top of the division will be writing him off.

How would it have played out?

Despite being a brawler by nature, Munhoz has developed his skillset to become more and more technical over the years. He would be best served to utilize his chopping calf kicks in order to reduce Rivera’s movement. If Munhoz is able to do this he can draw his opponent into a war. A fire-fight where he could show off as his indestructible chin and heavy hands would greatly favor the Brazillian.

When the fight finally happens, Munhoz shall play the bull whilst Rivera shall play the matador. Rivera is a sharp counter puncher and relies heavily on his movement. He will look to catch Munhoz during any lapses in concentration and would be best served to work the body to slow his opponent down.

Although Pedro Munhoz vs. Jimmie Rivera shall not take place this Saturday, when the bantamweights do finally face off it will be a thrilling contest that could go either way.

Stay tuned right here at MMA Sucka for more live streams as well as videos highlighting the top fighters, commentators, coaches, promoters, and other names in MMA and combat sports. We also bring you great offers on the latest MMA products and merchandise. You can also subscribe to our YouTube channel for regular updates and all the latest fight news. You can also check out our sister site, at TheFightBuzz.com for the latest from the world of MMA and other combat sports