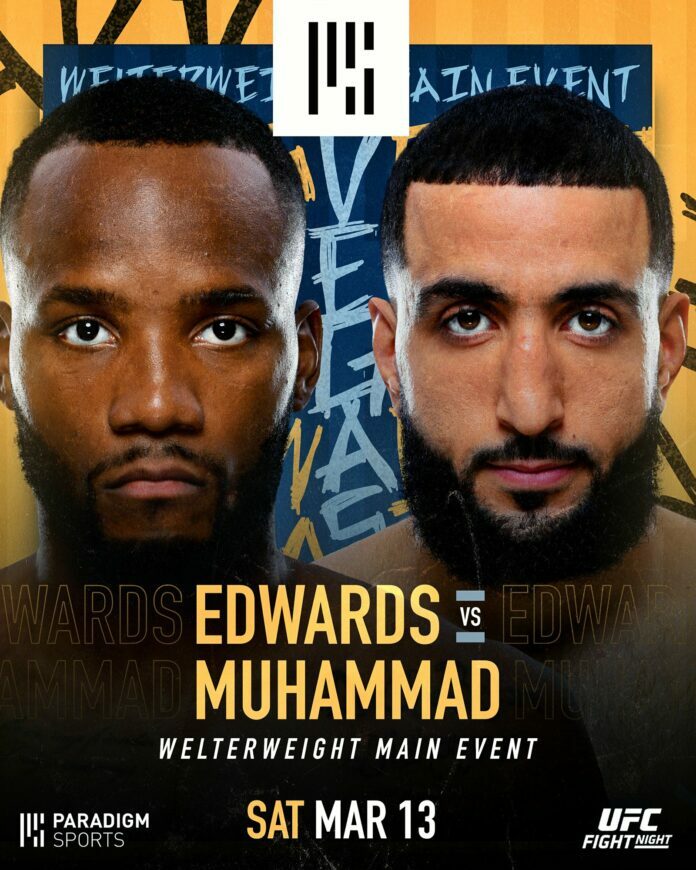 Belal Muhammad is stepping up to fight.

According to sources, UFC welterweight Muhammad will be replacing Khamzat Chimaev to face Leon Edwards on March 13th. The fight will be the main event of a UFC Fight Night and a five-round bout. The news was first reported by ESPN reporter, Brett Okamoto.

Chimaev (9-0) was forced to pull out of the bout for suffering from lingering effects of COVID-19. It was the third time the bout was cancelled from COVID-19 complications from both Edwards and Chimaev.

According to Ariel Helwani of ESPN, Muhammad was the only fighter to accept the fight against Edwards after UFC explored options with Colby Covington, Li Jingliang, and Nate Diaz. However none of those materialised.

Muhammad (18-3) last fought five days ago when he defeated Dhiego Lima by unanimous decision in dominant fashion. Currently, on a four-fight winning streak, Muhammad has impressive wins over Takashi Sato, Tim Means and Lyman Good to name a few. He has also won eight of his last nine fights. His only losses have come to Alan Jouban, Vicente Luque and Geoff Neal. When Belal Muhammad faces off against Leon Edwards, it marks his first UFC main event.

Currently riding an 8-fight win streak, Edwards last fought in July 2019 where he defeated Rafael dos Anjos via unanimous decision. The Birmingham-born fighter has not lost since 2015 when he was then defeated on the scorecards by current UFC welterweight champion Kamaru Usman. No other fighter has been affected by the pandemic as much as the British-Jamaican fighter as he was originally set to fight Tyron Woodley back in March 2020 in a UFC London headliner. The event was one of the first UFC shows to be canceled due to the pandemic. Edwards will be eager to get back in the Octagon after going more than a year and a half without a fight.

Chimaev is currently receiving medical care in Las Vegas for his COVID-19 illness. According to his manager Ali Abdelaziz, Chimaev is hoping for a return in June but that very much depends on his recovery from the illness.