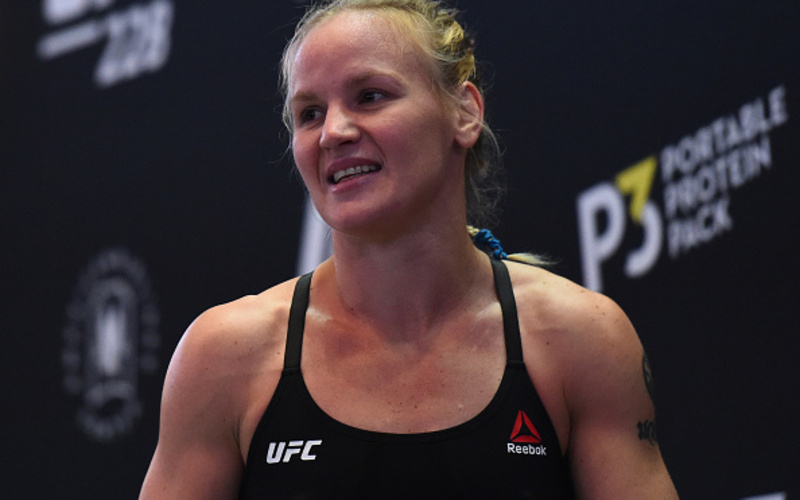 Valentina Shevchenko (20-3) born in the Soviet Union, now Kyrgyzstan, began her martial arts interest taking up Taekwondo at the age of 5. She would eventually change to Muay Thai and kickboxing, of which she has an esteemed record of 57-2. Valentina Shevchenko would also see some heavy gold in her Muay Thai career winning 10 gold medals in world championships, additionally, Shevchenko would win 2 K-1 Kickboxing championship. In her UFC career, she has 9 wins and only 2 losses, both losses to P4P queen and double champion Amanda Nunes. Valentina Shevchenko has four successful title defenses at flyweight and has wins over former UFC champions such as Joanna Jędrzejczyk and Holly Holm, and now she looks to add a win over another former champion in Jéssica Andrade at UFC 261.

Brazil’s Jéssica Andrade (21-8) is no stranger to UFC title fights. Fighting in the strawweight division she lost a decision to then-champion Joanna Jędrzejczyk. Andrade then went on a four-fight win streak which ended by knocking out champion Rose Namajunas via slam. Andrade lost her championship status when she lost her next fight against China’s Zhang Weili. Soon after, on a path to UFC gold, Jéssica Andrade moved up to flyweight and found success winning her most recent fight against Katlyn Chookagian by way of body punches TKO. Andrade has won 8 of her bouts via KO/TKO. And she will be looking to add another at UFC 261 against the champion Valentina Shevchenko.

Additionally on April 24th’s UFC 261 will be former middleweight champion Chris Weidman (15-5) facing off against top 10 Uriah Hall (16-9). Weidman notably defeated all-time great Anderson Silva twice in 2013. Hall most recently defeated Silva by TKO this October. NCAA wrestler Weidman is looking to stay in the win column and move back into the top 10. Jamaica’s Uriah Hall will not be interested in losing his current three-fight win streak easily.

At light heavyweight on UFC 261 we will see game veteran Anthony Smith (34-16) against Jimmy Crute (12-1). The two fighters are fighting to move up in the competitive top 10. At age 24 Crute is looking to add a notable name to his record and move him closer to being a UFC title contender. The fighters combined have won 47% of their fights by way of KO/TKO.

More announcements for UFC 261 should be announced soon. Follow MMA Sucka for more news and updates.