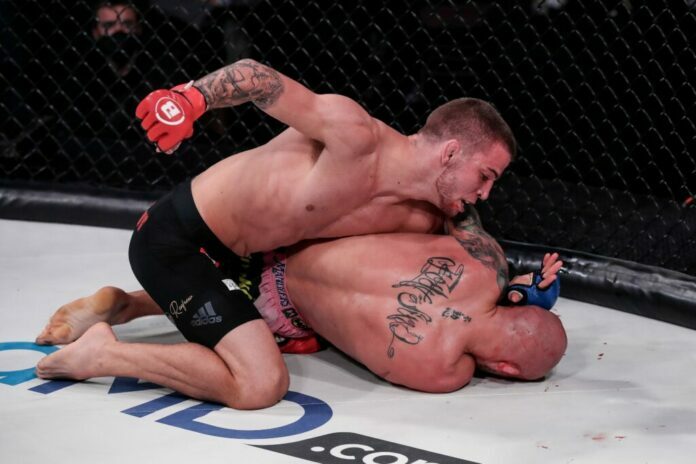 A featherweight bout has been scheduled for April 9, as Jeremy Kennedy takes on Adam Borics at Bellator 256.

The news of the fight came from sources close to the contest.

Kennedy (16-2) has fought for a number of major promotions, including UFC, PFL and now Bellator. The 28-year-old parted ways with the UFC after the first blemish on his rap sheet to current featherweight champion Alexander Volkanovski. Since that defeat, the Xtreme Couture product has gone 5-1, 1NC. The British Columbia native will look to follow in the footsteps of his Bellator debut, as he defeated Matt Bessette via unanimous decision at Bellator 253.

Borics (16-1) has just one loss on his professional record and is 7-1 under the Bellator banner. He holds notable victories over Aaron Pico, Pat Curran and most recently Erick Sanchez. At Bellator 250 last October, the 27-year-old earned a unanimous decision against Sanchez.

Along with the Jeremy Kennedy vs. Adam Borics match-up, only two other fights have been announced for this fight card, which are quarter-final Light Heavyweight Gand Prix bouts between Ryan Bader and Lyoto Machida, as well as Corey Anderson vs. Dovletdzhan Yagshimuradov.

Bellator 256 goes down on April 9 from the Mohegan Sun Arena in Uncasville, Connecticut.