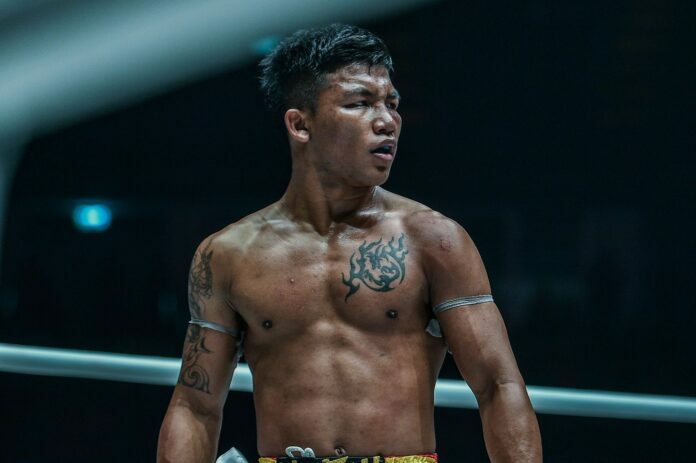 ONE Championship’s latest edition to its 2021 slate emanated from the Singapore Indoor Stadium on Friday, February 26. ONE: Fists Of Fury featured six bouts in total, with five outstanding ONE Super Series matches.

ONE Flyweight Kickboxing World Champion Ilias Ennahachi headlined the event against Superlek Kiatmoo9, but global superstars Rodtang Jitmuangnon and Giorgio Petrosyan helped to round out the card.

The younger sister of ONE World Champions Angela and Christian Lee showed off some clean striking in the first round before getting a takedown and assuming top position. From the top, Lee peppered Sunisa Srisen with strikes while looking for the rear-naked choke.

After resetting between rounds, Lee went right back to the ground game in the second round. It wasn’t long after the bell rang before she had the choke and forced Srisen to tap out to secure her first professional victory.

In the main event, Ennahachi edged out Superlek in an extremely close battle. Superlek came on strong with his kicking game, but Ennahachi did enough on the judge’s scorecards to retain. After the match, Ennahachi called out both ONE Flyweight Muay Thai World Champion Rodtang Jitmuangnon and ONE Flyweight World Grand Prix Champion Demetrious “Mighty Mouse” Johnson.

The Dutch-Morrocan stated his interest in being a World Champion in all three sports.

Perhaps the pound-for-pound best kickboxer in the world, Giorgio Petrosyan, met Davit Kiria for the second time in his career. The Georgian showed himself well in the three-round battle, but Petrosyan’s technical advantage was showcased throughout the bout.

Rodtang met Tagir Khalilov in a kickboxing battle, and even though he picked up the victory, it was not the one-sided affair many expected. Khalilov had his moments and connected with excellent boxing that caught the attention of the Thai star. In the end, even one judge scored it in his favor. Regardless, Rodtang still picked up the split decision win and looks to be zeroing in on a shot against Ennahachi.

In another rematch, Hiroki Akimoto picked up a unanimous decision win against Zhang Chenglong. The Japanese striker outworked his counterpart for three rounds and never seemed to be in too much trouble inside the ONE Circle.

In the lone Muay Thai matchup, Jackie Buntan cruised against Wondergirl Fairtex after faceplanting her in the first round with a crushing left hook. After the staggering punch, Wondergirl never found her footing and was on the defensive the rest of the way. Buntan’s performance puts her in the catbird’s seat for the inaugural ONE Strawweight Muay Thai World Championship.

All-in-all, ONE: Fists Of Fury delivered the title action with a slate of elite strikers for an evening of incredible technique on full display.

ONE: Fists Of Fury Full Results

Victoria Lee def. Sunisa Srisen via submission (rear-naked choke) at 1:03 of the second round