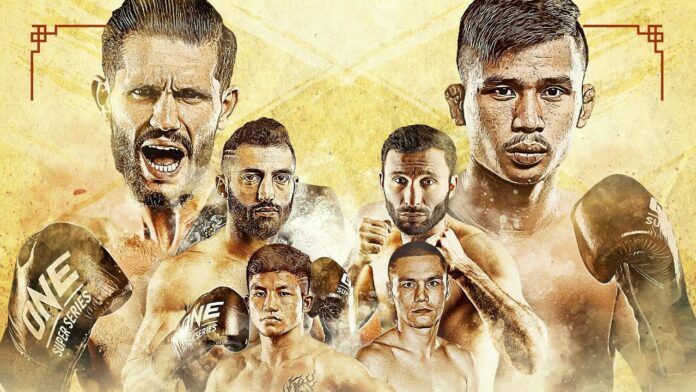 ONE Fists of Fury results can be found here as they happen. The show will be broadcast on February 26, with it streaming live on YouTube. The card will feature four kickboxing bouts alongside one Muay Thai bout and one MMA bout.

ONE Fists of Fury Results

The main event will see the Dutch-Morrocan Ilias Ennahachi battle Thai Superlek Kiatmoo9for the ONE Flyweight World Kickboxing Championship. In the co-main, the Italian-Armenian kickboxing legend Giorgio Petrosyan takes the stage against the acclaimed Georgian, Davit Kiria. Another superstar in the form of the Iron Man from Thailand, Rodtang Jitmuangnon will be pitched against Russia’s Tagir Khalilov. Rounding out the kickboxing, Japan’s Hiroki Akimoto will battle China’s Chenglong Zhang.

The card will also see a Muay Thai bout, with Wondergirl Fairtex against Jackielou Buntan, as well as an MMA bout which will see Victoria Lee, the younger sister of two ONE champions, makes her pro debut against Sunisa Srisen.
All in all the card has something for everyone and should not be missed. Make sure if you can’t catch the action live, you follow along here.

Victoria Lee def. Sunisa Srisen by submission (rear naked choke) at 1:05 of round 2