Drew Dober and Islam Makhachev will be looking to entertain and extend their winning streaks. UFC 259 takes place Saturday night and the card is absolutely stacked from top to bottom. There are three title fights headlining the show. These two talented lightweights will be looking to steal the show, and they have the style and ability to do it.

Drew Dober enters this fight riding a four-fight winning streak. He’s won three in a row, all by stoppage. In his last fight, he finished the very game, Alexander Hernandez in the second round. Though unranked, he’s a win or two from a spot in the top ten. A victory over the 14th ranked Makhachev will certainly boost him up the lightweight ladder.

Dober can stop you with either hand, however, if he has an Achilles heel, it’s he can be submitted. He’s been tapped out on a number of occasions. That being said, typically he can avoid fighting grappling matches and has adequate takedown defense.

Islam Makhachev has won six consecutive fights and is 7-1 in the UFC. He’s ranked 14th in the UFC lightweight division, although it could be argued he belongs higher on the list. He’s defeated talented fighters like Kajan Johnson, Gleison Tibau, and Nik Lentz. He can win a fight with either his striking or his submissions. If he fights smart, he’ll look to submit Dober, as it is where he holds the largest advantage.

The Russian fighter will be looking at a spot in the top ten with a victory. As deep and talented as the lightweight division is, a fight in the top ten could be a big money fight. He has to get by Drew Dober first though.

An interesting aspect in this fight is how Islam Makhachev deals with Dober being a southpaw. There are not too many southpaws with the kind of punching power Dober possesses. If Makhachev can deal with that, it could be a long night for Dober. His takedown defense and scrambling abilities are vastly improved, and he’ll need them against Makhachev.

One thing that bodes well for Makhachev is he is hard to hit. He doesn’t get hit much. He’s absorbed fewer signature strikes per minute than any other fighter in the UFC. So Dober will need to be patient. One thing that could be a useful tool for Dober is calf kicks. If he could compromise the leg early on, he will significantly lower the ability for Makhachev to secure takedowns.

I think this is an interesting fight, and whoever can better utilize their gameplan will win. I’m leaning towards Dober, as I think he’ll catch Makhachev being too aggressive on a takedown. 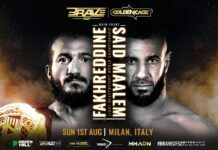