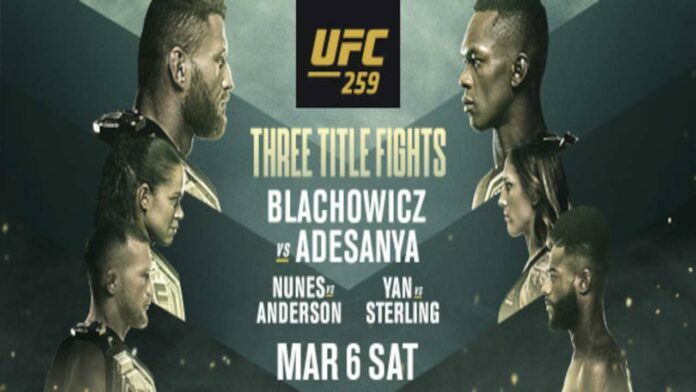 One of the biggest fight cards of the year is upon us, and it’s only March. UFC 259 features three title fights and you can watch the UFC 259 pre-fight press conference right here on MMASucka.com.

The main event of the ESPN+ streaming pay-per-view event features a battle for the light heavyweight championship. The 205-pound kingpin Jan Blachowicz takes on middleweight champion Israel Adesanya. Amanda Nunes puts one of her titles on the line against women’s featherweight contender Megan Anderson. And the third title is the bantamweight gold, as Petr Yan takes on Aljamain Sterling.