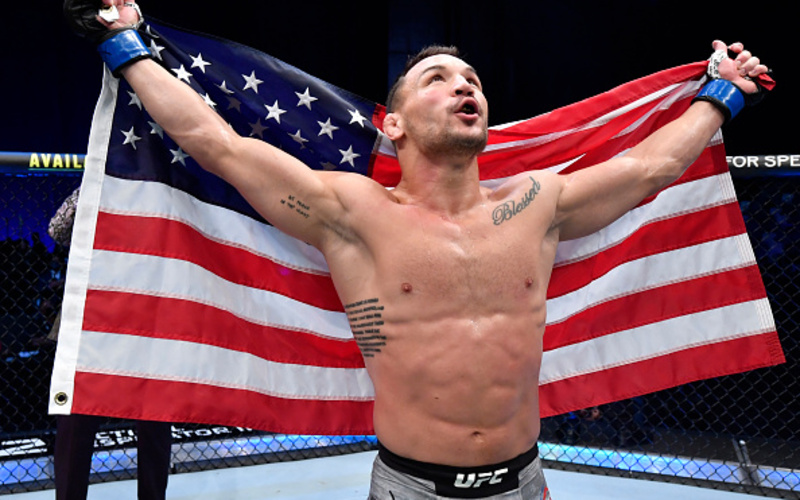 UFC president Dana White has made a couple of massive announcements tonight of specific importance to the organization’s lightweight division. First, he finally confirmed the retirement of current lightweight champion Khabib Nurmagomedov. This decision has been made for a while on the end of “The Eagle”, ever since defeating Justin Gaethje at UFC 254 in October 2020, but White has been holding out hope and actively pitching for a change of plans.

He is 💯 officially retired. It was incredible to watch you work @TeamKhabib thank you for EVERYTHING and enjoy whatever is next my friend. pic.twitter.com/QeoSP12zw2

Now that the belt will be vacated, ESPN’s Brett Okamoto has reported via White himself that the lightweight title will be up for grabs on May 15 at UFC 262. While many fighters could have staked a claim to deserving the first crack at the vacated title, the UFC has decided to pit former Bellator lightweight champion Michael Chandler and Charles Oliveira together to crown the next king of the division.

With UFC acknowledging Khabib Nurmagomedov is retired, Michael Chandler (@MikeChandlerMMA) and Charles Oliveira (@CharlesDoBronxs) will fight for the lightweight championship at UFC 262 on May 15. End of an era. Start of a new chapter at 155. pic.twitter.com/he6cEEg5n0

Fight fans long coveted the day of Michael Chandler’s debut in the UFC after a long and storied Bellator career, and he did not disappoint when his time finally came. Although “Iron” Michael Chandler has had just one UFC fight, the former University of Missouri wrestling standout will get a title shot on the back of a thunderous KO win over Dan Hooker back in January. The 34 year old is currently riding a three-fight winning streak overall, all of which are by knockout.

Charles Oliveira, meanwhile, has had a long journey in the UFC to reach this point. After starting off 2-2 with one no-contest at lightweight in the UFC, “Do Bronx” made the move down to featherweight. The Brazilian Jiu-Jitsu ace proved to be a fighter to watch at 145 pounds, but could never get over the hump into title contention. After losing three of four fights and missing weight for two of them, he decided to move back to lightweight. This proved to be the right decision for him, as he has gone 9-1 since then, including a current eight-fight winning streak. Most recently, he dominated former interim lightweight champion Tony Ferguson at UFC 256 in December.