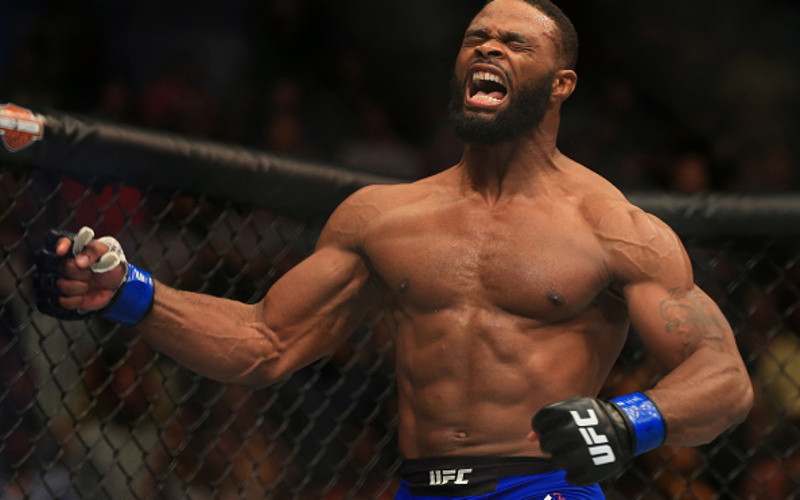 UFC 260 is headlined by a battle for the “baddest man on the planet” between Stipe Miocic and Francis Ngannou. The card has incredible betting potential, with three high-value underdogs being highlighted on these UFC 260 betting tips. Last week’s betting tips went two for two, successfully tipping both Derek Brunson and Trevin Giles to win. That all being said, here are some UFC 260 betting tips to help you win big this weekend.

In the main event of the evening, the rematch between Stipe Miocic (20-3) and Francis Ngannou (15-3) will take place to decide the UFC heavyweight champion of the world. Both men have found huge success inside the octagon since Miocic dominated Ngannou in their first contest, however, it is Ngannou who comes in betting favourite this time around.

Francis Ngannou is, quite simply, the scariest man to ever step foot in the UFC cage. He has a 100% finish rate and has won his last four fights via first-round knockout. Nobody can deny that “The Predator” has frightening knockout power, but it is his technical skills that some critics doubt. In his last octagon appearance, Ngannou knocked out Jairzinho Rozenstruik in twenty seconds. However, he did so with a series of wild and looping punches. The fact is a weathered veteran like Miocic will be able to shoot a takedown or land a sharp counter if he is as sloppy in the opening exchanges. Ngannou can rob anybody of consciousness in a split second, and it is understandable why he has closed as a favourite in this rematch.

So how will Miocic plan to beat the man with the hardest recorded punch in human history? Do what he did the first time, but better. In their first contest, Miocic was the far cleaner boxer than Ngannou and landed numerous significant strikes. However, after three wars with Daniel Cormier, it is likely that father time has decided that Miocic’s chin cannot withstand some of the punishment it faced when Ngannou connected with it back at UFC 220. Therefore, the full-time firefighter will be best served to push the wrestling and drain Ngannou.

It is hard to gauge how much Ngannou has improved in his last few UFC bouts. Although he has welterweight champion Kamaru Usman in his corner for this bout, Miocic will probably be able to dominate any wrestling exchanges once again. Miocic has also weighed in far lighter than their first bout, indicating that he is looking for a speed advantage on the feet at the potential cost of physical dominance on the matt. It shall be a fascinating contest for as long as it lasts, but as an underdog, it is well worth backing Stipe Miocic on any UFC 260 betting tips.

Former champion Tyron Woodley (19-6-1) will look to stop a three-fight skid against Vincente Luque (19-7-1) in the co-main event of the evening. The former champion comes in as a huge underdog against “The Silent Assassin”.

Stylistically, Luque has the makings of yet another nightmare matchup for Woodley. The Brazillian is more than happy to apply significant forward pressure, which has seemed to make Woodley freeze up during his unfortunate run of form. Woodley has lost fifteen straight rounds and could reasonably be suffering from a confidence crisis. Luque should look to dominate clinch exchanges on the cage whilst letting his hands go to show off his incredible power.

Woodley’s greatest opponent in recent times has been himself. The former champion has shown a startling lack of fight IQ and has been more than happy to allow himself to be dominated with his back to the cage. However, if Woodley is able to make the mental adjustments and actually listen to his coaches, he should find success in this bout. Woodley is a strong wrestler with bona fide one-punch knockout power, however, this has made him accept being incredibly inactive on the feet. Woodley has to be aware of his own shortcomings, pop the jab and shoot for takedowns early in the fight. Luque has strong submissions on the ground, but Woodley needs to show some grappling prowess in order to create openings on the feet.

Woodley will feel disrespected by the betting odds coming into this bout. Luque has been outclassed by any elite opposition he has faced and has gone toe to toe in wars with fighters such as Niko Price. Woodley’s recent losses have all come to world-class opposition, and it seems that reactionism has had a large influence on his significant underdog status. Because of these factors, and Woodley truly fighting for his career here, he is another good inclusion for these UFC 260 betting tips.

Thomas Almeida (22-4) is undoubtedly the most outlandish shout of these UFC 260 betting tips. He has been groomed to be another big name on surging Sean O’Malley’s record (12-1). However, there are some indicators that the Brazillian could carry some great value this weekend.

Almeida has lost four of his last five bouts and has looked relatively chinny in recent years. These are all terrible signs against someone with O’Malley’s power. However, O’Malley has significant leg injury issues and I think that Almeida will have the fight IQ to exploit this physical weakness in his opponent. Almeida was once being touted as a future world champion, and if he is able to chop at his opponent’s legs and withstand the early storm, he could shock the world and Dana White with a win over his highly-hyped opponent. Although he may not be a safe pick, he is certainly a great option for any thrill-seeking punters and rounds off these UFC 260 betting tips.

Thanks for reading these UFC 260 betting tips! Stay tuned right here at MMA Sucka for more live streams as well as videos highlighting the top fighters, commentators, coaches, promoters, and other names in MMA and combat sports. We also bring you great offers on the latest MMA products and merchandise. You can also subscribe to our YouTube channel for regular updates and all the latest fight news. You can also check out our sister site, at TheFightBuzz.com for the latest from the world of MMA and other combat sports.
Comment on this article
Give us feedback