A number of fighters have called out Jake Paul on Twitter after his Saturday night TKO win against Ben Askren. Will his next bout be against another MMA fighter?

On Saturday night, Jake Paul took less than two minutes to earn a TKO against former UFC fighter Ben Askren. Paul rocked Askren soon after the start of the bout, eventually throwing a left hook that sent Askren flying down to the mat on his back. Askren made it back to his feet before the count, although obviously shook. The ref called the bout, declaring Jake Paul the winner.

Soon after the TKO, the internet went nuts. Fight fans split into three groups for this bout. One group backed Paul; another group expected Askren to come through for MMA, and the final group convinced the bout was set up and rigged. Each group expressed their feelings about the bout, some more vocal than others. Askren already had a name as the man with the fastest knockout in MMA history, but fans still believed in him and thought that he could come through and win a boxing match against Paul.

Ben Askren announced his retirement from UFC during his pre-fight interview. He later said “I got knocked out by Jake Paul. It’s f*cking embarrassing.”

Paul immediately tweeted “Who should I retire next” in his usual trollish fashion. This tweet sparked attention from a few MMA fighters who want a shot at finally putting Paul in his place.

He also took jabs at Nick Diaz and Dana White via Twitter, amongst a host of others.

Phil Baroni tweeted “I was boxing dorks just like you in 1999 tough man. Pass the torch or try and take it. Makes about as much sense as @Benaskren. I always have a great body come in shape & hit hard. I’ll fight back.’

You might remember back in 2007 when Baroni called out Frank Shamrock. Twitter was still new and fresh back in those days, of course, but it was nonetheless a war of the words between the two fighters on other outlets.

When the two men finally met in the octagon, Shamrock earned a knockout win against Baroni.

it’s on 100% send me the contract let’s do this i’m gonna put this cunt out cold ⚔️ pic.twitter.com/qgWj0A55gu

The most memorable callout came from Askren’s buddy and teammate Tyron Woodley who sat in the corner on fight night when Paul nearly knocked him out.

Enjoy saying you are a fighter for another day. Try that shit against me i'm catching a body @jakepaul And you mob with hoes. I wouldn't walk into a pillow fight with them. https://t.co/CKVwEH5Yj2

BJ Penn also called out Paul. The former UFC champ tagged Triller in a post that read “send me a contract and I will happily knock this f*cker out in one round.”

Other fighters spoke out on the Round 1 win, although did not call out Jake Paul.

Aljamain Sterling tweeted “Who paid the ref?” while Jared Gordon tweeted “What a joke.”

Jake Paul may very well trash talk himself into a career in boxing. He’s known for trash talk and well, it’s worked well thus far. We wouldn’t mind a Penn vs. Paul matchup but it’d make everyone even happier to see Paul step inside the octagon with just about anyone in his weight class. Let’s make it happen, Dana White! 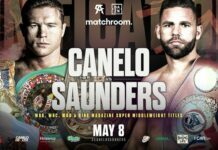 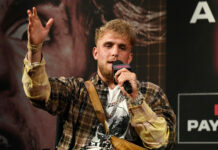