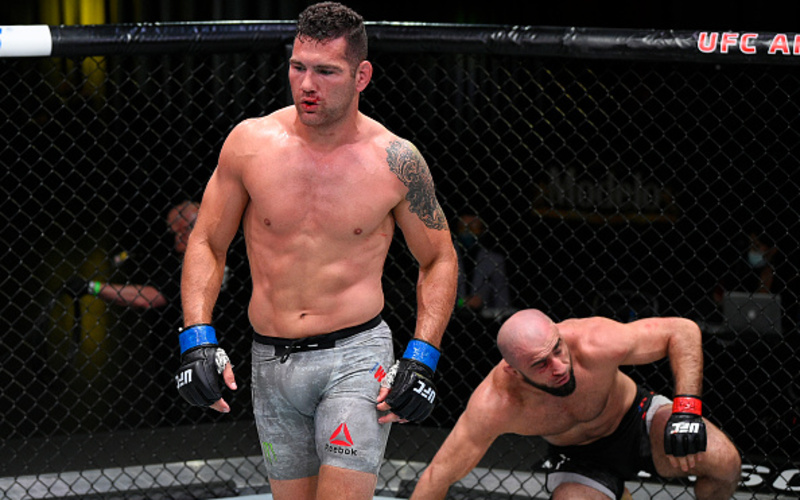 A rematch between two top-ranked middleweights in Chris Weidman and Uriah Hall is set to go down this Saturday on the big UFC 261 pay-per-view card.

The card boasts three championship bouts at the top of the card. Similar to the pairing between Weidman and Hall, the headliner will also be a rematch but between Jorge Masvidal taking on middleweight champion Kamaru Usman. The two met last year in Abu Dhabi on Fight Island. However, Masvidal admitted that taking the fight on just six days’ notice impacted his performance.

In addition to that huge fight, the card also will have the flyweight queen Valentina Shevchenko once again defend her belt against another contender in Jessica Andrade. However before the night is over, all the attention will be on the women’s strawweight championship as Weili Zhang looks to send Rose Namajunas back to the drawing board. Overall, the card has tons of action, and the middleweight bout between Weidman and Hall will deliver because frankly, this might be Weidman’s last run at a title.

Weidman is coming off a hard-fought win against fellow ranked middleweight Omari Akhmedov. While the fight was closer than he probably would have liked, the All-American wrestler got the job done. In addition, the performance highlighted the veteran’s willingness to stick to a game plan.

Back in 2010, Weidman and Hall butted heads, and in the end, the former middleweight champion got the better of Hall on the feet. It appeared that Weidman’s hands were always a little sharper than Hall’s, but recently it seems that is changing. With the clinic Hall put on Anderson Silva, any time one gets a finish over the legend, it’s a definite feather in their cap. Hall did just that and stopped “The Spider” in the fourth round via strikes. Weidman himself owns two victories over Silva – when he captured the middleweight title, as well as his first defense of it.

Chris Weidman vs. Uriah Hall I.
Weidman finished Hall in 2010 via TKO.
They are scheduled to rematch. pic.twitter.com/YssABCY6lY

Over a decade from their first meeting, and the former middleweight champion will once again do battle with a familiar foe in Hall. However, this time, it seems the momentum might be in Hall’s corner. As the former champion begins to advance in age, if the chin can’t hold up, this could be Weidman’s last chance at a title run.

Who do you favor in the middleweight matchup between Uriah Hall and Chris Weidman? Let us know your prediction below!