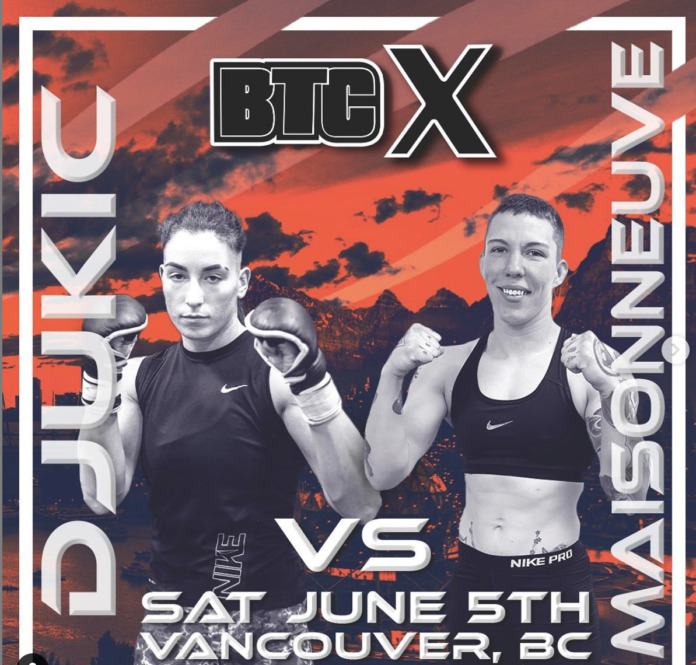 The first match-up for the British Columbia debut of BTC Fight Promotions has been announced. A female bantamweight fight between Maria Djukic and Jo Maisonneuve will go down at BTC X on June 5.

The promotion announced the match-up via their official Instagram page.

Djukic (1-0-1) fights out of Toshido Fight Team under the tutelage of David Lea. Her pro debut ended in a draw against Amanda Rogers in 2018. She followed up that bout with an impressive first-round TKO against Joanne Ready at Rise FC 5 in 2019.

Maisonneuve (0-1) has not stepped inside the MMA cage since her debut loss against Melissa Croden in 2019. Since that loss, she has competed in a number of grappling bouts and will look to regain steam in June as she returns to the MMA scene.

On April 13, BTC announced that they would be hosting their tenth show in Vancouver, B.C. This will be the promotion’s first venture outside of Ontario.