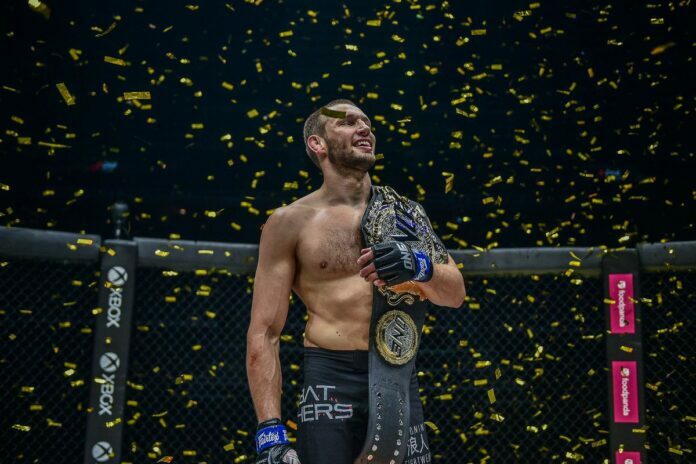 April was a thrilling month for ONE Championship. In four consecutive weeks, ONE brought primetime events to the United States on TNT. Here are three things we learned at ONE on TNT IV.

3 Things We Learned From ONE on TNT IV

ONE on TNT IV was the final in the series, and it gave fans nonstop action on its six-bout bill. Capping off the action was a rematch between rivals Aung La “The Burmese Python” N Sang and Reinier “The Dutch Knight” De Ridder for the ONE Light Heavyweight World Championship.

Now the book is closed on the latest chapter allowing us to reflect on the proceedings.

Here are three things we learned after an exciting night in “The Lion City.”

The Dutch Knight Is Elite

Reinier De Ridder defeated Aung La N Sang back at ONE: Inside The Matrix for the ONE Middleweight World Championship. The dominant submission victory put him on the map as a top star. However, his showing at ONE on TNT IV cemented his standing as one of the pound-for-pound best.

De Ridder’s performance was not just impressive because of the win. It was remarkable due to him coming in on short notice and smothering a strong champion like Aung La N Sang. He showed no signs of the pressure getting to him and performed as if it was a day at practice.

Holland’s next big star has an amazing ground game that has kept his professional record unblemished.

The unbeaten Dutchman is at the top of the middleweight and light heavyweight divisions for a reason. He is continuing to show each time out that he is peerless, and as he moves to defend the belts in 2021, he has the opportunity to really put a stamp on that claim. De Ridder is at the top of the sport, and he has a long career to establish an enduring legacy.

Globally, the lightweight division may be the most talent-rich in all of the sport. ONE is no different. At ONE on TNT II, Christian “The Warrior” Lee defended his ONE Lightweight World Championship dominantly, and at ONE on TNT IV, there were two key contenders matchups that showcased the depth of the division.

Shinya Aoki, the former king of the division, ran his win streak to four straight with a dominant submission win over rival Eduard “Landslide” Folayang. On the main card, promotional newcomer Ok Rae Yoon picked up his second consecutive victory in ONE with a decision over Eddie “The Underground King” Alvarez.

The South Korean is a picture-perfect example of what makes this division so special. He stepped up as a newcomer and knocked off two championship-caliber athletes in back-to-back events. Now the lightweight division has yet another monster waiting. And then there’s Shinya.

Lee’s decisive reign is already impressive, but he has no shortage of notable contenders building their resumes to get a shot at the gold. The division is stacked, and there are no signs it will slow down.

Colbey Northcutt Has All The Tools

The Texas, who now resides in Southern California, is known for her karate background and for a good reason. Colbey Northcutt utilizes a full range of striking weapons and knows how to use her length to her advantage.

However, a bigger question was in regards to her grappling. She, in part, answered those concerns in Singapore with a first-round submission victory against Courtney “No Mercy” Martin.

Ahead of the matchup, Northcutt joined Team Alpha Male to work on her wrestling, but she already had a competent Jiu-Jitsu game, which was on display at ONE on TNT IV. She was active off of her back, once again utilizing her long limbs. Northcutt was always looking for a submission and found the armbar.

The submission was impressive in its own right, but more impressive are the steps she is taking to round out her all-around skill set. On the feet, it will be difficult for many to contend with her size and reach. As she adds in a dangerous ground attack, few flyweights will have an edge when they step inside the Circle against her.