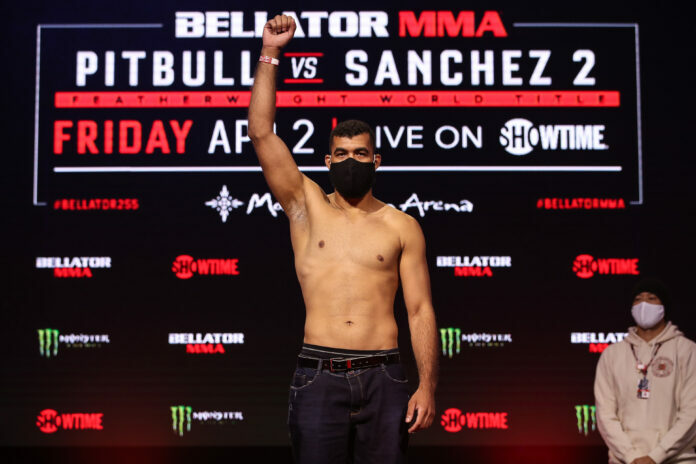 In an unfortunate turn of events, Yoel Romero failed to clear a pre-fight medical screening for his upcoming match-up with co-ex-UFC star, Anthony “Rumble” Johnson, on April 29th. This not only knocked the former UFC middleweight title challenger out of his fight scheduled for May 7th, but it also knocked him out of the highly touted Bellator Light Heavyweight Grand Prix altogether. Jose Augusto Azevedo Barros has stepped in on short notice to fill in for the Light Heavyweight Grand Prix Opening Round.

Jose Augusto Azevedo Barros debuted professionally in 2012 at the age of 20. In his debut fight, he fought under the promotion Extreme Fight (EF). He fought Pablo Andre Franklin dos Santos in a main event match-up—one in which he would win via knockout.

After his debut victory, the Brazilian faced some roadblocks. He lost his very next fight via submission. He bounced back and defeated Jhon Lourenco in 2013, only to drop his next bout a few months later. It would then be more than a three-year lay-off until his next bout in 2017, where he faced Kleberson Tavares. In one of the most bizarre oddities, the fight ended in a no-contest when the cage door malfunctioned.

On September 27, 2018, Barros returned to action to face Rodrigo Ro at Grand Fighting Championship 62. Barros would go on to win this bout via TKO at the bell of the second round. “Gugu” picked up another win on December 1, 2018, after finishing Emmanuel Silva in the first round. Barros would go on to pick up two more first-round finishes in 2019, defeating Jose Aparecido Santos Gomes and Vinicius Lima.

Jose Augusto Azevedo Barros made his Bellator debut on April 2, 2021, under the Pitbull Brothers banner. He squared off in a light heavyweight contest against Jonathan Wilson, an alma mater of the UFC. Dan Miragliotta held down the bout.

The pair squared off in the center of the cage for the better half of two minutes before Wilson shot in for a takedown. The pair scrambled for position; a battle ultimately won by Barros. In the final minute of the round, the Brazilian fired off some stinging shots on a vulnerable Wilson who was stuck in a crucifix. Barros switched positions and secured an arm-triangle choke, tapping out Wilson in the final seconds of the first round.

Barros is coming off a dominant victory, even more, the biggest win of his career. Just a month removed, Barros is looking to propel his career into the spotlight by upsetting Anthony Johnson at Bellator 258. All eyes have been on the Light Heavyweight Grand Prix and things just got a bit more interesting.

How do you think Jose Augusto Azevedo Barros will fair at Bellator 258?