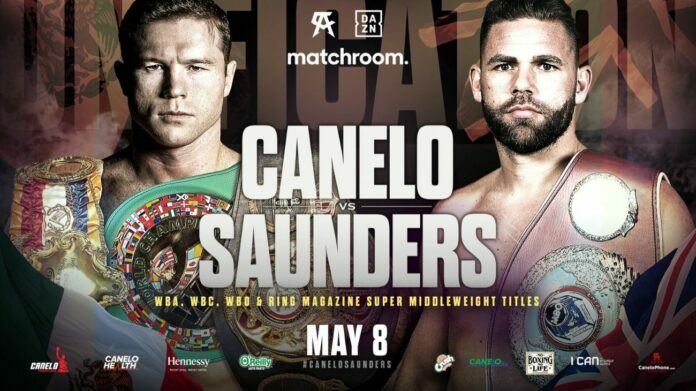 Boxing’s biggest draw, the PPV king, the P4P #1, Canelo Alvarez returns for the second time this year. This time he takes on Billy Joe Saunders, the undefeated Brit who holds a record of 30-0. On the line in the AT & T Stadium, Texas will be the WBA (super), WBC, WBO, and The Ring super middleweight titles. The winner of this bout will hold all the belts in the division, other than the IBF belt, which is held by Caleb Plant. Over 70,000 fans will be in attendance, making it the biggest ‘post-COVID’ crowd to date. This comes after the UFC had fans in attendance for UFC 261 two weeks previously.

Canelo Alvarez is one of the most recognizable names and faces in boxing today. The Mexican holds a record of 55-1-2, with his only loss coming at the hands of Floyd Mayweather Jr. With wins over Gennady Golovkin, Daniel Jacobs, Sergey Kovalev, Miguel Cotto, Shane Mosley, and more recently, Callum Smith, Alvarez’s skill and ability are undeniable. He’s a hard hitter, with solid cardio and an excellent boxing brain.

Many thought that Callum Smith could cause him problems, however, Canelo dominated ‘Mundo’, 119-109, 119-109 and 117-111. In his most recent outing, Canelo Alvarez walked past Avni Yildirim, finishing it with a third-round retirement after a beating. Yildirim had no business being in there with ‘Saul’ and it showed.

Billy Joe Saunders. Well, the talent is there, it can’t be argued. At 30-0 with 14 knockouts, no one has been able to solve the puzzle that the Brit poses. With slick movement, an intelligent jab, and an overall well-rounded game. Saunders will be fighting outside of the UK for just the third time. His most recent business trip was to compete on the undercard of KSI vs. Logan Paul, where he scored an eleventh round knockout.

What is Saunders best known for in the world of boxing? Controversies and ‘that’ slip against David Lemieux back in 2017. With multiple controversies, as recent as March of last year, Saunders can’t seem to keep his name out of the headlines for all the wrong reasons.

‘That’ slip against Lemieux is sadly the thing he is most remembered by. That tells you all you need to know. He has bags of talent but never seems to be able to take it up a gear when necessary. He fights safe, often leading to uneventful, lackluster fights. There is one thing for sure, Canelo Alvarez won’t let Saunders take his foot off the gas.

Other than the IBF belt, this one is for all the marbles. The winner of this one really does hold the power in the super middleweight division. As it stands, Canelo Alvarez has looked phenomenal since dropping a decision to Mayweather back in 2013. When facing British opposition, the Mexican is 6-0, with four knockouts. Some outlets even have Canelo as big as a -800 favorite heading into the bout. He is certainly the more active fighter and the heavier puncher. Many think that for Billy Joe Saunders to get a victory, he’ll have to knock Canelo out, especially as it is Cinco de Mayo weekend… It’s also worth noting just some of Canelo’s achievements when fighting in Texas.

If the rounds are close, the general consensus is that Canelo will likely do the smoother, cleaner work and therefore ‘pinch’ the rounds. Saunders often does enough to outpoint his opponents, but Canelo is a different animal. Saunders clearly doesn’t have the punching power to worry Canelo, having scored just three knockouts and one retirement since 2012, so Saunders will have to outbox Alvarez. The Brit does have the skills to make it ugly and frustrate Canelo, however.

This one will likely go the same as the Callum Smith vs. Canelo Alvarez match-up. A lot of hype for the Brit who will likely be outclassed. Smith held knockout power, height and reach that could have caused the Mexican problems, however, it certainly didn’t play out that way. Unfortunately for British fans, Canelo will likely, easily outpoint Billy Joe. Saunders is too elusive to get caught with any big shots by Canelo and boxes well on the back foot. That being said, if he avoids a few shots, he could drop his hands and risk getting caught. Whatever happens, this one will be fireworks.

You can catch the bout on DAZN, with the main event expected to be approximately 4am GMT/ 11 ET. 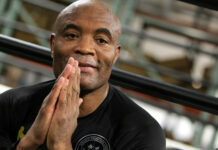 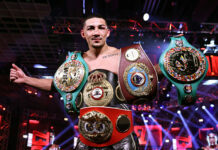