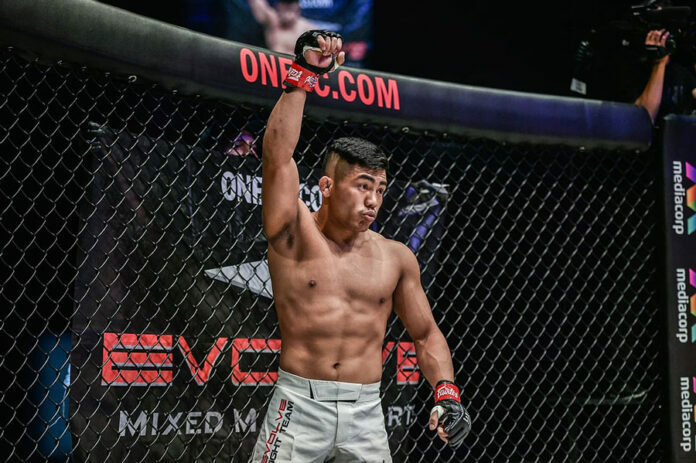 On May 15, ONE Championship will highlight some of its top Indian athletes at ONE: Dangal. “Singh” Arjan Bhullar goes for heavyweight gold, and Ritu “The Indian Tigress” Phogat carries her family name into action. However, another Indian has been making waves since his ONE debut.

Roshan Mainam could be the latest Indian athlete to become a star as he rises up the flyweight ranks.

Mainam made the switch to Evolve MMA, and it has paid dividends in his growth as a mixed martial artist. The talented camp in Singapore has seen a who’s who of stars within its walls and is currently led by Siyar Bahadurzada.

With back-to-back submission victories inside the ONE Circle, his latest bout garnered a little more attention to see if he was the real deal. At ONE: Fists of Fury III in March, Mainam battled Aziz “The Krauser” Calim and made it look like a walk in the park.

A first-round rear-naked choke was applied, and Mainam grabbed his third consecutive victory inside the Circle.

2021 has already been a massive year for the flyweight division with ONE Flyweight World Champion Adriano “Mikinho” Moraes’ dominant victory over Demetrious “Mighty Mouse” Johnson and other high-profile bouts within the division. As the division deepens and has more spotlights hitting it, Mainam’s profile will only benefit as he nears the breakthrough point of the official ONE athlete rankings.

And that all leads into May 15.

Mainam will meet another rising Indian athlete, Gurdarshan “Saint Lion” Mangat, in a catchweight bout that will serve as the event’s opening contest.

ONE: Dangal serves as the perfect platform for Mainam to state his case for inclusion in the flyweight rankings. If he can extend his win streak, specifically by stoppage, he will prove that his constant improvement has made him one of the best in the division.

With a population of over 1.2 billion, India remains a massive market for martial arts. The rise of the Indian athletes will only serve to continue to break barriers and develop new fans of the sport. Roshan Mainam can make himself a central figure of that movement as he continues to make waves.

With a rich history in grappling, Mainam’s talents on the mat are a perfect match for the market.

The Evolve MMA representative is back on another global platform to continue his hot streak. He meets his stiffest test to date in what should be a guaranteed barnburner to open the card. The opportunity to steal the show is there. Mainam only has to seize it.