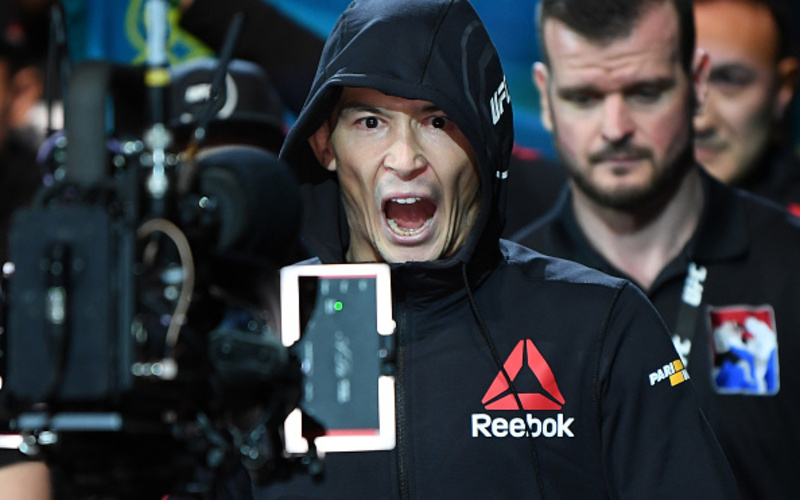 May brings us a four-event month for the UFC, however, the prospects took some digging this time around.

On May 1, UFC Vegas 25 saw an epic knockout in the main event, as Jiri Prochazka defeated Dominick Reyes via Knockout (Spinning Elbow) at 4:29 of round two. The next event to go down will be on May 8, as we see Michelle Waterson and Marina Rodriguez tango in the main event. The monthly PPV features Michael Chandler vs. Charles Oliveira for the vacant lightweight championship in the main event at UFC 262. And rounding out the month is a battle between Jairzinho Rozenstruik and Augusto Sakai at UFC on ESPN+ 34.

UFC Prospect Watch for May 2021

Check out our April prospect watch, and see how well our number one ranked prospect, Alexander Romanov did in his bout.

Each and every month, SOOKY MMA will do a video to accompany this month’s UFC prospect watch below. Make sure you give them a follow on YouTube.

Wolf was expected to fight on May 22 against Felicia Spencer, however, was forced out of the bout. We placed her at number 10 on the list, despite the bout cancellation.

Despite losing his Octagon debut in early 2020 and a draw in his follow-up bout, Culibao is still a bright prospect. He was riding an eight-fight winning streak coming into the UFC and will look to continue on that path against Yilan Sha at UFC on ESPN+ 34.

Trizano won his season of The Ultimate Fighter and lost to Grant Dawson for the first blemish on his rap sheet. The 29-year-old will look to get back into the win column, as he takes on Ľudovít Klein at UFC Vegas 26.

Lutz lost his professional debut, but then followed that up with 11 wins in a row. He won his tenth fight on Contender Series but didn’t earn a contract. Two months later he came back to the Contender Series and earned a shot in the organization with a decisive decision victory against Sherrard Blackledge. Lutz will make his official promotional debut against Kevin Aguilar at UFC 262.

The Manchester, England native won his UFC debut but followed up with a loss to the dangerous Movsar Evloev. At UFC 262, Grundy will face off against Lando Vannata. This is a fight between two very durable featherweights.

Undefeated Cameroon-born fighter, Tafon Nchukwi will put his skills to the test against Jun Yong Park on May 8. His first four fights ended with knockout power and defeated Jamie Pickett in his UFC debut via decision in December 2020. We will see if the Lloyd Irvin product will continue on his undefeated ways very soon.

Klein was mentioned above, as he’s taking on the number six ranked prospect Trizano on May 8. ‘Mr. Highlight’ is riding an eight-fight winning streak and won his Octagon debut with a beautiful head kick knockout against Shane Young. This fight between Klein and Trizano is bound to be a doozy.

Hawes may have made his way to the UFC via the Contender Series and has already won two more fights, but he truly is a prospect waiting to have his ticket stamped. He will face our number two ranked prospect Kyle Daukaus at UFC Vegas 26. Hawes is on a six-fight winning streak, with submissions, knockouts and decisions.

Daukaus is 1-1 under the UFC banner. His lone loss on his record came in his debut performance against Brendan Allen. The former CFFC champion went on to win his sophomore fight against Dustin Stoltzfus via unanimous decision. Both Hawes and Daukaus are as well-rounded as fighters come and this bout is guaranteed fireworks.

A prospect typically doesn’t have more than a couple of fights inside the Octagon. However, Ismagulov is 3-0 under the UFC banner and is 22-1 in his professional MMA career. He has been a pro since 2014, but many casual fans will not know the name Damir Ismagulov. After his May 22 fight against Rafael Alves, we are predicting him to be very well known and that is why he is our number one ranked prospect for the month of May.